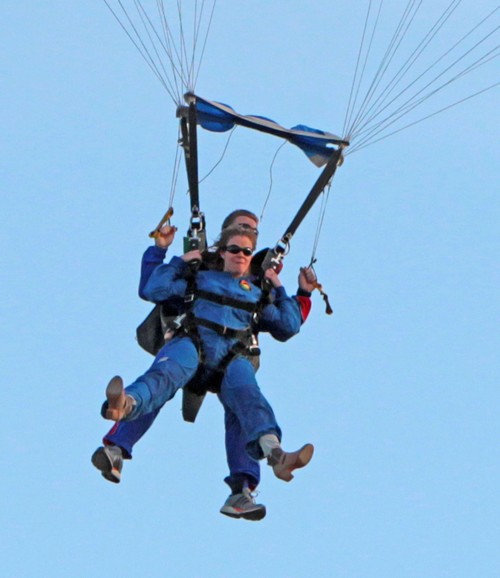 It is said that, “Imitation is the sincerest form of flattery,” which means that Brandi Glanville should be very flattered (although I am sure annoyed is more like it) by the fact that LeAnn Rimes likes to copy everything she does. Like everything. Like if she could skin her and wear her she would.

I know what you are thinking, “what else is new,” and you are right this is not new news – LeAnn hasn’t been called, “single white female,” on more than one occasion for nothing. For a most awesome breakdown of LeAnn trying to morph into Brandi check out Wewe Drama. But be forewarned what you will see and read is unsettling and more than a little scary. Here are some highlights of what is covered there:

• LeAnn lost a ton of weight in an attempt to be as thin as Brandi.

• LeAnn goes to Brandi’s plastic surgeon and gets breast augmentations done in Brandi’s size AFTER being with Eddie Cibrian.

• Brandi purchases a white Range Rover, so LeAnn trades her black one in for a white one.

• Brandi posted a picture of a pair of Christian Louboutin Toutenkaboucle shoes that she wants. Shortly after that LeAnn purchased that exact pair and is photographed in them EVERYWHERE.

The list just goes on and on and you will see a really in depth and frightening look when you visit Wewe Drama. As of late it appears that LeAnn has accepted the fact that she isn’t, nor will she ever be Brandi so she has gotten her old body back and is even back to dressing more like the LeAnn of past years. But that doesn’t mean she isn’t done stalking and copying Brandi’s every move.

Last week Brandi attended a Lakers game and had the highly coveted floor seats. As detailed in exposarazzi, once Brandi tweeted she was at the Lakers game it was only a matter of time before Stalker Rimes would follow Brandi’s lead and attend a game. Mind you LeAnn DOES NOT go to Laker’s games on the regular, although she did go to a game back in May of 2009 when she was still married to Dean Sheremet, the day after cancelling a concert so that she could follow a than married Eddie to a game and “bump” into him at the bar. If that doesn’t say stalker – well then I just don’t know what does.

Sure enough the prediction of twitter folks came to pass and a week after Brandi went, LeAnn decided to surprise her husband Eddie with tickets to the Lakers game:

Unlike Brandi they didn’t get the star treatment and floor seats, but instead had to sit in the bleachers. Who is the bigger star now LeAnn.

They didn’t stay for the whole game, but while they were there LeAnn spent a lot of her time tweeting – just check her timeline – instead of enjoying the game with her hubby. DailyMail reported, “Though while she might have diligently accompanied him, she appeared more interested in chatting than keeping her attention on the on-court action.”

As they were leaving LeAnn tweeted how much fun the game was, to which @lizlamarca79 replied, “If you consider this a fun game you are clearly NOT a Lakers fan. This is a travesty.” Ms. I always engage even though I say I don’t replied to @lizlamarca79 saying that she meant the experience was fun not the game itself. By experience I assume she meant tweeting in the bleachers of an arena.

The Lakers ended up losing to the Timberwolves 113-90, which started jokes that LeAnn brought her bad luck to the Laker’s game. This was also in contrast to Brandi who seemed to bring good luck with her the night she went. Brandi’s agent Alec Shankman tweeted this about last night’s Laker game:

So once again LeAnn tried and failed at being Brandi. Honestly I wouldn’t be surprised to hear that LeAnn is trying to negotiate herself a Podcast just because Brandi has one. I mean she copies everything else about Brandi, even when Brandi sprained her ankle and broke her hand, LeAnn and to go and sprain her ankle and break her hand. Geez LeAnn is nothing sacred anymore?

She later revealed that she, along with Eddie and Mario Lopez, are hosting a skydiving event put on by Skydive Elsinore. So it seems Eddie is trying to get her to go skydiving. Eddie, just tell LeAnn that Brandi loves to skydive and that you guys used to tandem skydive all the time and she will jump outta that plane before you can say spitfire. Trust me it’ll work.