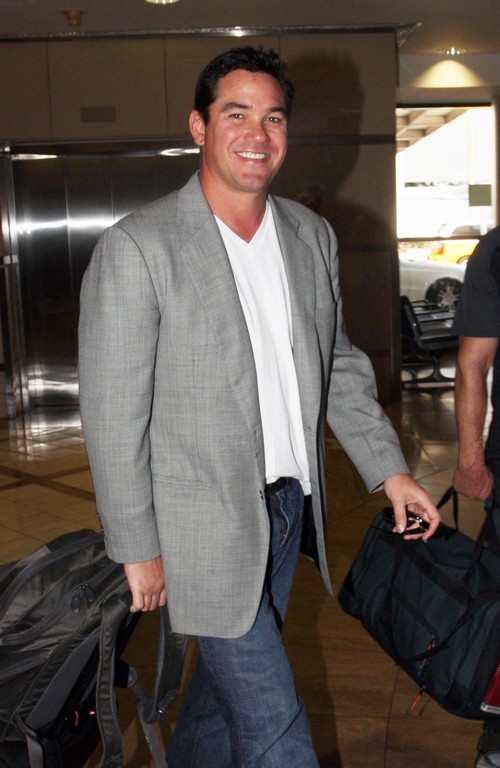 It seems that LeAnn Rimes did not learn from the last time when she called me a “horrific ‘human being’” that calling me names will not make me turn around and write fictitious fluff posts about her – quite the opposite actually because it only further makes my case against her. This time she called me, “an uniformed fool,” although I assume she meant “uninformed” fool. LeAnn obviously did not listen to my sage advice of taking her time writing her tweets before hitting send. Obviously.

It started when someone tweeted her a link to the post I wrote on how she used to call Dean Cain, “my Dean,” and this was her full response in all its grammatically incorrect glory: 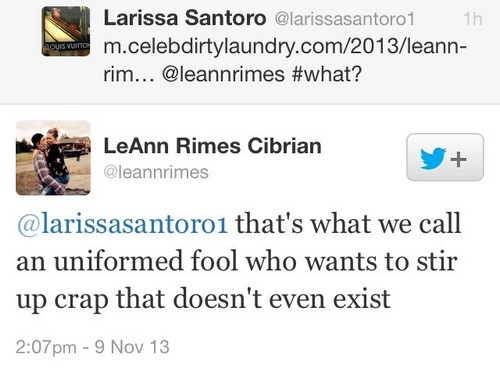 Okay LeAnn, if you want to call me out on my writing (again) I will break down my article for you in the simplest of terms so that you can follow along. Let me start by saying that I agree that it is crap – your crap – but it does exist, it was on your Twitter timeline for me to see. It is not my fault that your friend exposed your secret on Twitter for all to see – take that up with her not me. I didn’t just wake up one morning and say, “Hey I think I will write that LeAnn had a thing for Dean Cain, but settled for Eddie Cibrian,” I saw the tweets, caught your sloppiness being exposed, and reported on it. Fact. Here is some more facts to prove your crap does exist:

Fact: LeAnn was linked to Dean Cain at the same time she was cheating with Eddie Cibrian while married to Dean Sheremet.

Fact: LeAnn’s friend tweeted her about how they use to call Dean Cain, “my Dean.”

Fact: LeAnn was friends (at least in some capacity) with the late Mindy McCready who was engaged to Dean Cain. Here they are back in the days (and not to be rude – which means I am about to be rude – by the looks of LeAnn’s grill in these pics LeAnn shouldn’t be suing her Dentist she should be thanking him; but on a positive note Mindy looks so pretty here): 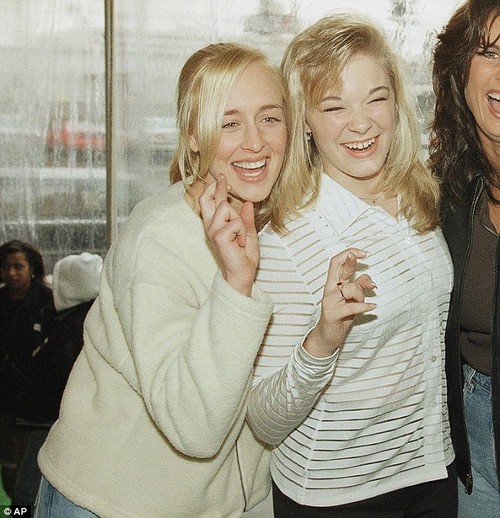 Fact: LeAnn’s friend knew she started something with her, “my Dean,” tweet so she followed up with an apology to LeAnn.

Fact: In that apology said friend also revealed that LeAnn likely still has Dean Cain’s phone number when she tweeted, “Le.. I apologize to YOU if my off color joke about Dean Cain backfire to you..even though you NEVER offered his # 2 me.” LeAnn responded to this tweet, but not to any of her friends following tweets which shows she was probably upset at her friend for revealing all of this.

I cannot confirm if Dean Cain and LeAnn Rimes cheated together. All I have is his denial, and the fact that I would like to believe he has higher standards. What I do know – because LeAnn’s friend INFORMED us about it – is that LeAnn use to “joke” that he was hers which is not how a lady would talk about her friend’s ex-fiancé. Not to mention the fact that a married woman with class would not call another man in her life who is not her husband “mine,” but since we know that LeAnn was sleeping with another man (a married man) while married we already know she is not a lady with class.

Hey LeAnn you are lucky I didn’t bring up the fact that there are also rumors that you were sleeping with and tried to break up the marriage of Bon Jovi while you were married to Dean Sheremet – oops I just did.

LeAnn Rimes and Eddie Cibrian watching his son Mason’s soccer game with his other son Jake in Woodland Hills, California on November 9, 2013. Eddie’s ex-wife Brandi Glanville was also in attendance