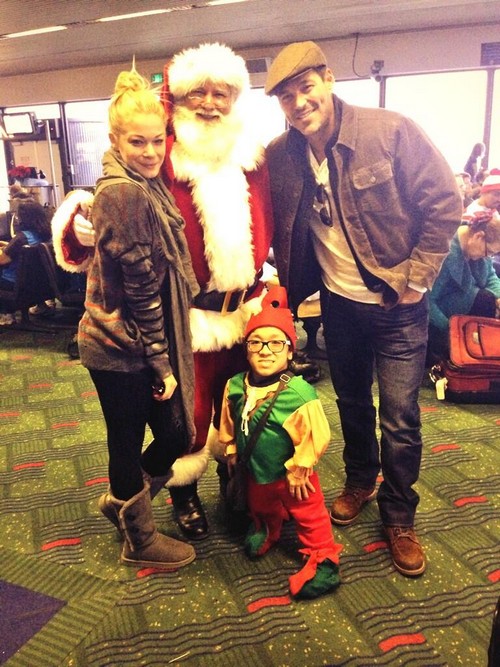 LeAnn Rimes has been seen walking around without her wedding ring for over 3 months which has led to endless speculating about what was up.  The obvious conclusion was that her hubs Eddie Cibrian was finally fed up with her craziness and a breakup was imminent.  After LeAnn saw all the rumors she needed to shut them down fast – so she tweeted that she had broken her ring finger.  Coincidence?  No one bought the explanation.

All the LeAnn haters would love it if she was losing the man she stole from Brandi Glanville but National Enquirer has come up with a simple explanation.  It seems LeAnn has been packing on the pounds and the porky one cannot squeeze that ring on her hand.  A source for NE revealed, “I think she’s a bit in denial about the weight she’s put on.  I wouldn’t call her fat, but she’s got a thicker, bigger body now, and I’m sure the ring became snug.”

Apparently LeAnn is really upset because while she has put on a whopping 25 lbs her nemesis Brandi Glanville is looking slim and sexy.  LeAnn who is already hard to live with has been driving Eddie crazy so he ran out and bought her a fabulous present so she could forget about her expanding butt.  Eddie bought LeAnn (with her own money of course) a diamond encrusted feather for Christmas.  She was so excited she tweeted the following message, “Santa aka my hubby was sooooo sweet to me! Thx @mantis7jewels #blessed #spoiled”

Wait! I just thought of something – maybe she did not have to pay for the necklace. LeAnn tweeted the name of the jeweler so perhaps they gave the diamond encrusted necklace to Eddie for free in exchange for publicity.  I would not doubt it.

I just had a brilliant idea, LeAnn being the Queen of Famewhores could approach Weight Watchers and become one of their reps.  They could document her weight loss and she could get in another opportunity to compete with Brandi. Of course the chances of a popular brand wanting to associate itself with LeAnn are fairly small.