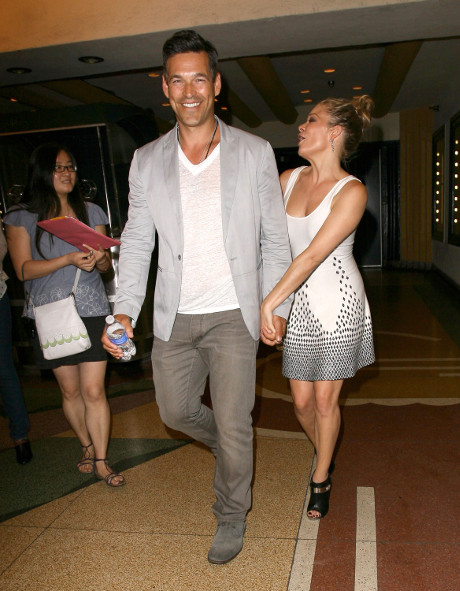 It’s just been confirmed that LeAnn Rimes and Eddie Cibrian will be getting their very own docuseries special to be aired on VH1. The six-episode reality show will follow Eddie and LeAnn as they continue to stir trouble in Hollywood. While this issue hasn’t been talked about much yet, we have a big question: Will Brandi Glanville ban her children from appearing on her ex’s new show, and alongside the woman (and man) who destroyed her life no less? We have a feeling there’s going to be some major drama stirred up over this. But, honestly, what’s new between these two ladies?

The show, entitled *wait for it* LeAnn & Eddie, is scheduled to air either in Fall 2013 or Winter 2014. The exact season hasn’t been set in stone yet, but one thing’s for sure: These hot messes will be coming to a TV near you soon enough.

The couple released in a statement, “We are really excited to be working together on a unique show that will give you a glimpse into who we really are or better yet who we’re really not. We’re thrilled to partner with VH1 and [producers] The Gurneys to put our spin on a project full of love, humor and music.”

So, are you looking forward to getting — what LeAnn says to be — an honest look into their lives? It’s one thing for LeAnn to go around stealing people’s husbands (we place just as much blame on Mr. Eddie, don’t you worry), but it’s a different thing to exploit Brandi’s children on TV for ratings boost. And the children are supposedly scheduled to appear on the show — but if Brandi has anything to say about it . . . . Well, perhaps we should prepare for an epic drama storm to hit Hollywood in the next couple of days.