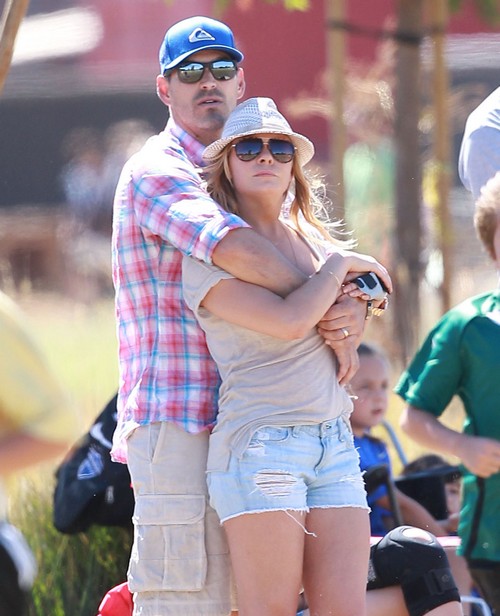 If you have read any of my previous posts on LeAnn Rimes (and if you haven’t you should ‘cause their awesome – hey if I don’t toot my own horn who will right) then you have heard me mention that absurd lawsuit she is pursuing against a mother of 6 and her daughter – Kimberly and Lexi Smiley.

Let me just sum it up for those not in the know. Basically LeAnn was in a public restaurant getting her drink on and decided to call the Smiley’s – on speakerphone no less – because Kim wouldn’t be her twitter friend. LeAnn began the conversation like this, “Hey this is LeAnn bitch you have 5 minutes to say whatever you want to me,” and continued to cuss her way throughout the conversation. I heard the recording and LeAnn barely let Kim get a word in edge wise, but when Kim did manage to say anything she was calm in her delivery of her opinion – because contrary to LeAnn’s beliefs we are all allowed certain freedoms as Americans like speech and opinions.

LeAnn was definitely the aggressor by initiating their communication, and by the way she handled herself through the phone call. Anyway blah blah blah, yada yada yada, LeAnn denied the conversation, but somehow a recording hit the web and LeAnn hit the roof and decided to further harass the Smiley family by suing them. A judged dismissed the case without prejudice (because it is a stupid and petty lawsuit), but of course LeAnn refilled. Of. Course.

Since July lawyers have been asking LeAnn to sit for her pre-trial deposition where she will have to answer questions pertinent to the case, but she has been dodging it  because she claims she is too busy. Not to worry though, although Ms. Rimes is too busy to get HER joke of a lawsuit moving forward and towards another dismissal (so the Smiley’s can get on with their lives and begin to heal from all the suffering LeAnn has caused them), she is NOT too busy to set up staged photo ops at a pumpkin patch with future ex-husband number two, Eddie Cibrian.

Yes LeAnn, nothing says we are legit happy and in love like staged pictures. I believe your marriage (and your mental state) is healthy, about as much as I believe that your left hand you used to pick up a giant heavy pumpkin is broken. Which by the way LeAnn didn’t you say you couldn’t wear your wedding ring because your finger was broken? Since it obviously is not broken but you are still sans ring, I can’t help but wonder if the rumor that you tossed it and lost it during one of your many epic fights with Eddie is true. But I am sure you have a replacement ring on its way, and soon it will be on full display.

I imagine it must be exhausting trying to keep up with so many lies, so here’s an idea LeAnn instead of spending your days retweeting inspiration quotes, why don’t you start applying them to your life. Just a thought.