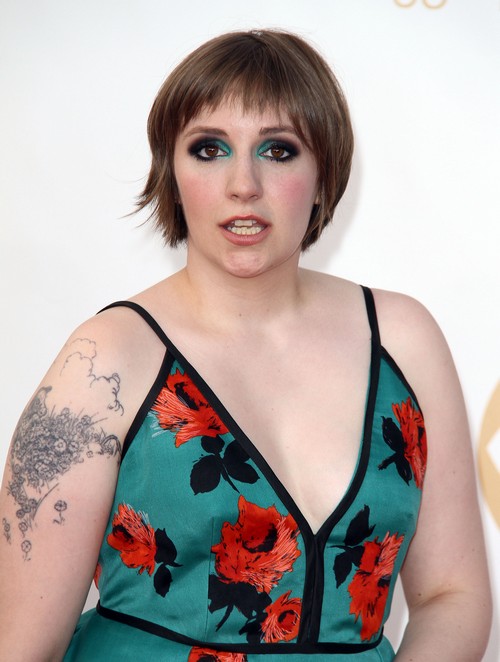 Is Lena Dunham revealing ‘diva‘ behavior on the set of Girls? She is writing, acting, and producing the show, and to some extent, it’s almost expected that she would be – but according to a new report from the National Enquirer, she’s started taking it beyond normal levels.

A source explained, “On hot days, Lena make a production assistant act as her personal ‘umbrella technician’. He’s in charge of waiting outside her trailer and following her everywhere on set to protect her fair skin from the sun. Lena also demands that an assistant fetch her lunch and hand-feed it to her. She says she doesn’t want to break a sweat in her show clothes or ruin her makeup. On top of that, Lean has someone read all three of the New York daily newspapers every day and write up a synopsis so she can always be up on current affairs.”

Um, does the writer of this report realize that these ‘umbrella technicians’ actually exist for most celebrities, and as sad as it may sound, it’s actually not considered diva behavior in Hollywood to have one. I know that sounds twisted and it probably is, but that’s how the business works.

Secondly, I doubt Lena actually cares that much about makeup, because she wouldn’t have shown up at the Emmy awards and Golden Globe Awards looking like a raccoon if she did.

The source also adds, “Lena always swore she’d keep her street cred, but she’s gone totally Hollywood. If she doesn’t get her ego in check, she’s going to find out the hard way that it’s very lonely at the top.”

Well, we know the way Hollywood treats actresses with a huge ego [cough, Katherine Heigl], but Lena has the power of Judd Apatow behind her. I doubt HBO would fire her for being rumored to be a diva, and it’s going to take a lot more than umbrella technicians and assistant lunch feeders to get her fired or even noticed in the douchebaggery hall of fame in Hollywood.