Hannah Horvath, the main character of HBO’s hit show Girls by Lena Dunham has been known for her wild antics in the sack and her overall lack of clothes. In fact, that’s a talking point every talk show host likes to hit on. We’ve seen Hannah tackle role playing, causal hook-ups, and even some rough foreplay. So how does Lena Dunham match up to her ever sexual creation?

Well right now it’s safe to say Lena is all about having fun. Lately she’s been having fun with a special someone, Jack Antonoff, guitarist for the band Fun. Lena’s Instagram can now be fairly categorized into three groups: selfies, Jack Antonoff, and her dog.

While we can only hope that her Instagram account is no indication of what her sex life is like, we can hope that with award season over and season 2 of Girls wrapping up last Sunday, we’ll be treated to even more Lena/Jack love.

Maybe some of Hannah Horvath’s naked tendencies will creep into her Instagram feed or a dick pic from Jack will get sent to the wrong phone just like what happened to Adam Driver’s character. And, who knows, it might even end up online… Time will only tell.

One thing’s for sure, we’re liking what we see so far. 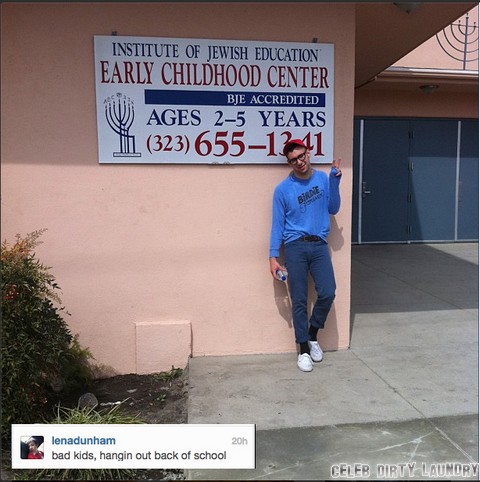 Scouting potential schools for future children or just being adorable? High possibility for both. 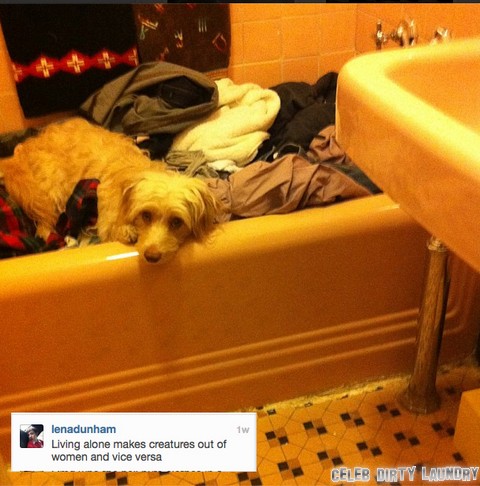 Hmmm… maybe my Instagram predictions weren’t too far off. Could Lena’s time alone have turned her into a wild sexual creature? 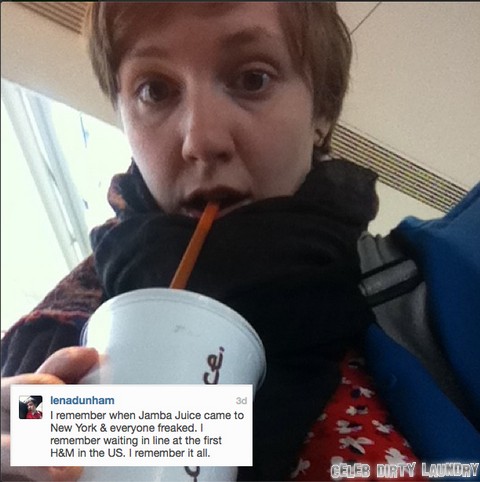 Looking forward to having more Lena/Jack Instagram pics to look back on and ‘remember when.’