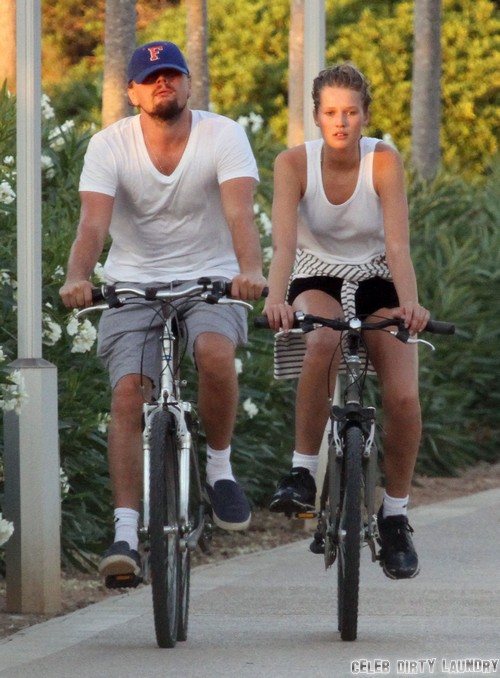 Well this is a bit different. Usually we hear about women realizing that their biological clock is ticking and deciding that they need to have a baby pronto, but this time it’s actually Leo Dicaprio that is wanting to hear the pitter patter of little feet. The 38-year old actor has certainly built a solid career for himself, has loads of cash and has enjoyed a string of hot women on his arm. He has never married and is said to fear taking that step because he has so much to lose financially, but according to the Aug. 26th print edition of National Enquirer he’s not against having a child.

It seems that his 68-year old mother, Irmelin is at the root of Leo’s baby fever. She used to hope for her son to find the perfect woman to settle down with but she has come to realize that he may never take that step. Instead she is now focused on convincing him to become a father. Irmelin desperately wants a grandchild or two and since Leo is her only child the pressure is directly on him alone. She could care less about having a daughter-in-law and Leo himself has said that his moms standards have become ridiculously low when it comes to potential baby mama’s. She just wants a grandkid and Leo feels like he is depriving his mother of that joy so he is seriously contemplating taking the step.

Leo is currently dating 21-year old Toni Garrn who is of course a model. She is super young but apparently both Leo and Irmelin think that she might be able to handle the responsibility of motherhood. Toni has modeled since age 12 so they say she is wise beyond her years and carries herself like a much older woman.

Do you think that Leo will really decide to father a child now? If he’s afraid of losing millions in the case of divorce then doesn’t he realize a child is an 18 year investment that will also cost him? Tell us your thoughts in the comments below!

Leonardo DiCaprio and Toni Garrn holiday together in Mallorca on August 15, 2013