Liam Hemsworth In Australia; On A Break From Miley Cyrus 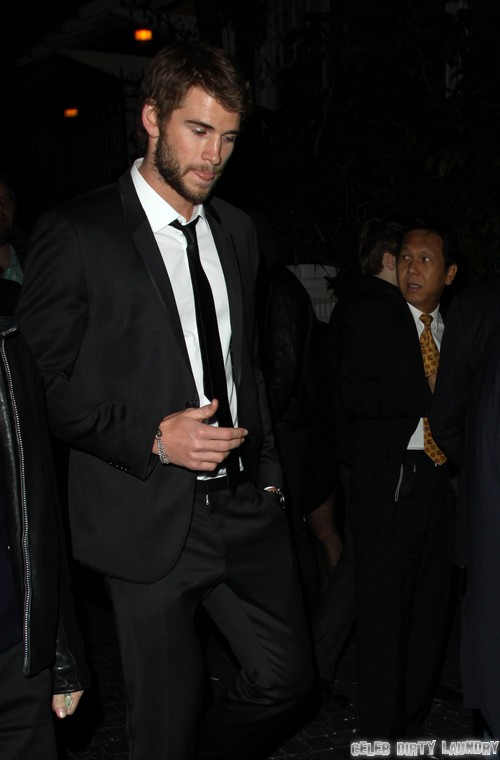 Even though Miley Cyrus has said on Twitter that she is still going to marry Liam Hemsworth, apparently they are on a break. It all began when January Jones was spotted in the back of a car with Liam, giving way to the gossip that they were doing the freaky deaky behind closed doors.

Liam and January attended a pre-Oscars party together and then were spotted in the back of a car together in the wee hours of the morning. Since all of the rumors began circling across the internet, Miley has lashed out on Twitter about the rumors that she has decided to cancel her wedding with Liam. She tweeted, “I am so sick of La. And sick of the lies that come with it. I didn’t call off my wedding. Taking a break from social media. #draining”.

Even more recently, a snitch has revealed that Liam has ventured off to his native Australia to take a break from Miley. Some time apart from one another may actually do them some good, no? Absence makes the heart grow fonder and all that jazz?

Of the cheating rumors and why Miley was spotted without her engagement ring, a source said, “Miley is still upset with Liam. She took the ring off to make him mad.”

The spy added, “It doesn’t mean that they have split. Miley says they are still together. Liam did fly home [to Australia on March 1] so they could have a break.”

It only remains to be seen if these two crazy kids are able to weather the storm. What do you think? Hit the comments and share your thoughts!