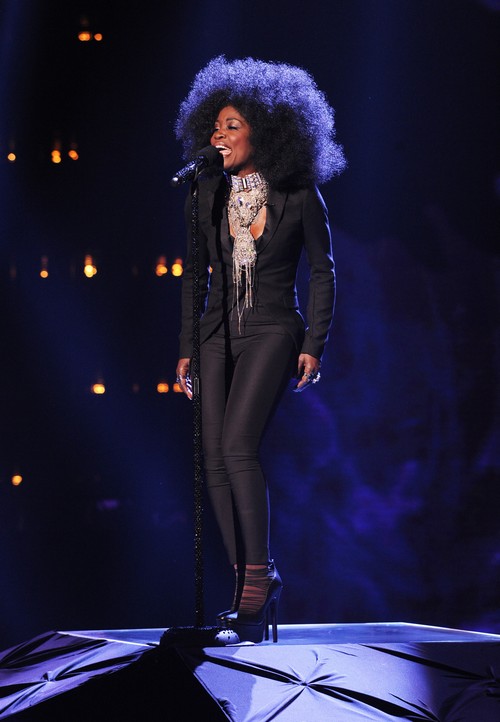 Lillie McCloud took the stage tonight on THE X FACTOR USA for the first of the live performance shows. Lillie sang “All In Love Is Fair” by Stevie Wonder. Lillie is on Kelly Rowland’s Over 25s team and they decided to sing this song for her Motown choice. On tonight’s show the top 12 performed live in front of coaches Simon Cowell, Kelly Rowland, Demi Lovato and Paulina Rubio for America’s vote and to make it another week. Did you watch tonight’s performance show? We did and we recapped it here for you.

Judges comments: Demi says her voice is incredible and her stage presence is just amazing; but she felt the song still felt a little out dated. Simon says that last week he said she was out dated; but this is one of his favorite songs and once again has to be honest with saying it was absolutely fantastic. Simon says it’s so easy to take for granted how good she is, he still thinks there is more to come from her. Paulina says she is amazing.

Lillie is a mother of three and grandmother of 7, she has experience on her side. If you want to see Lillie McCloud make it another week, you have to vote for her.