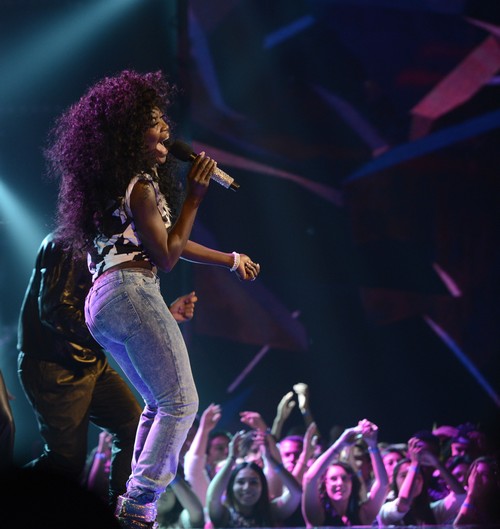 Lillie McCloud took the stage  on THE X FACTOR USA for  their Top 10 live performance and British Invasion Night.  Lillie McCloud sang “This Woman’s Work” by Kate Bush. On tonight’s show the top 10 performed live in front of coaches Simon Cowell, Kelly Rowland, Demi Lovato and Paulina Rubio for America’s vote and to make it to the coveted “Top 8.”  Did you watch tonight’s performance show? We did and we recapped it here for you.

Judges’ comments:Paulina said, “I think each time you step on that stage you give us so much different. That was amazing.”  Demi said, “That reminded me of the Lillie we first saw, I would like to see you utilize your range.”  Simon said, “It is so easy to take for granted what a great singer you are.  I thought that song was great.  Tonight you have arrived.”  Kelly said, “I just believe we as human beings, God trusts use with a gift.  After 54 years you are so on your game.”

If you want to see Lillie make it another week, you have to vote for them.  Lillie took to her twitter to ask her fans to vote for her tonight, she tweeted “Hello Angels its getting close to show time here in LA.. I need your votes Angels. Wish me Gods speed. I m sending you Kisses and hugs!”