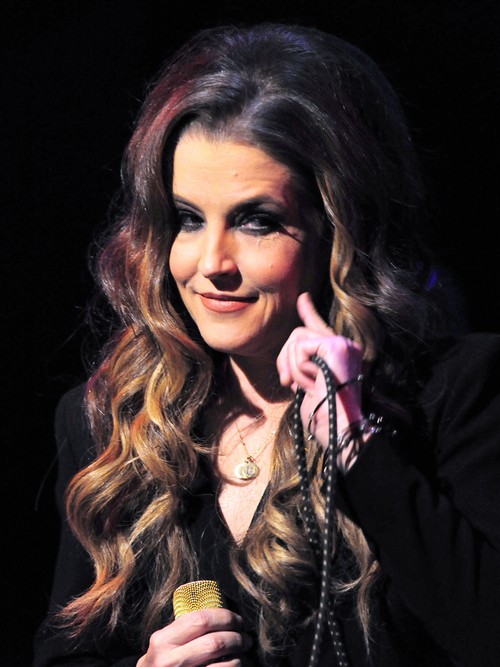 Lisa Marie Presley has fled the Church of Scientology like Katie Holmes fled Tom Cruise’s meathooks. She’s allegedly been separated from the cult for awhile, but she’s so uninteresting 99% of the time, no one noticed or cared.

Elvis Presley is a big deal in my extended family. A person can trash any celebrity, any political figure, but Elvis is sacred. Lisa Marie is also protected under that umbrella, but Priscilla Presley is not, probably because she took the King of Rock and Roll’s baby and steeped her in the teachings of a known cult. Elvis news and gossip of any type sweeps through my family like a blizzard. Most of the time I don’t really care, but this time I do because the story is about waking up and the freedom that can come with it.

Lisa Marie has never spoken publicly about her departure from the cult in order to remain connected to her Scientologist family members but, perhaps, since Lisa Remini has been very outspoken and her family is still intact, Lisa Marie will do more than write songs like So Long that state the obvious:

This here is a city without lights

Those are all the people without eyes

Churches, they don’t have a soul

Soup for sale without a bowl

Religion so corrupt and running lives

I can’t say I’ll miss you in the end

This could easily be a song about any religion, but considering Priscilla has been a longtime Scientologist and raised Lisa Marie within the cult’s doctrines from the time she was very small, chances are, this here ditty is about Scientology.

During an interview at Graceland, interviewer Kevin Frazier asked what the song was about. Here is what followed:

Kevin: But when you were writing it, what was going through your mind?

Lisa Marie: There was a point in my life where no one would ever tell me anything bad. No one was telling me what was happening or what was going on, really. So I had a very obscure and actually completely blocked view of reality for a very long time. So, when I got rid of all these nuts in my life and these, whatever they’re crazy criminal people, away, that I was like, OK, I’m going to go find out what’s really going on out there.

Hopefully not just the Nicoles, Katies, and Lisas of the cult, but people of other names, too, will flee Scientology and enjoy living new, more exciting, fun-filled, rewarding, less dangerous, punishment-filled lives that include being able to think for themselves.

Hopefully, this separation from Scientology will help Lisa Marie Presley become a bit more interesting, too, so that when I get an urgent Elvis News phone call, I can muster up a bit of genuine caring instead of stifling a bunch of yawns.