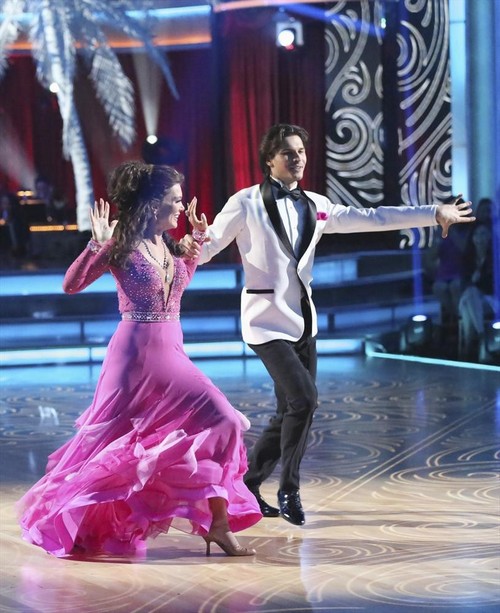 Lisa Vanderpump danced a Jive, on the second episode of Dancing with the Stars: 2013 performance show tonight.  The competition heats up tonight on Dancing with the Stars this week when the first couple faces elimination.  On this week’s show the couples will be fighting for their survival and performing a Jive, Quickstep or Jazz routine. If you missed the show, we recapped tonight’s show for you and if you want to see how all the couples did go HERE!

Lisa Vanderpump and professional dancer Gleb Savchenko dancing a Jive.  Lisa also admitted that she and pro partner Gleb Savchenko were still scrambling to nail down their Week 2 Jive. But according to Lisa, she’s not alone. “I think everyone is struggling,” she explained.

Judges’ Comments: Len: “It was a bumpy ride, it was a bit wooden and a bit shaky.  Not brilliant.”  Bruno:  “It is understandable, you are not use to this.  You have to contain and place your movement.  You have to finish it cleanly.”  Carrie Ann:  “First Gleb watch the lifts!  You held yourself with such refinement it makes your dances go well.  But you have to let lose.”