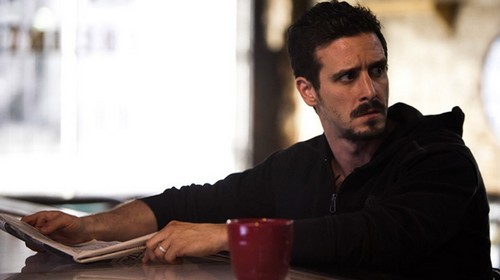 Tonight on AMC their new gritty, edgy and provocative crime drama, LOW WINTER SUN returns with their sicth episode called. “The Way Things Are”.  On tonight’s show Nick proves his worth.  Did you watch last week’s episode?  We did and we have a full and detailed recap here for you.

On last week’s show the DPD’s investigation intensified when a low-level murder was linked to McCann. Meanwhile, Damon had to pay the cost of his ambitions.

On tonight’s show Frank navigates through unfamiliar territory in his search for Katia. Damon is forced to ask for help from an enemy, while Nick proves his worth.

I am so excited for tonight’s sixth episode, it looks like it is going to be a great new show, which you won’t want to miss. So be sure to tune in for our live coverage of AMC’s Low Winter Sun Season 1 episode 6 — tonight at 10 PM EST! While you wait for our recap check out the sneak peek video below of tonight’s episode!

RECAP:This woman makes some instant macaroni and cheese, she brings it upstairs to her bedroom and turns on the TV. Her roomate goes to the bathroom and notices some webcam looking in on her, she covers it and the owner tells her to not do that. The girls gets ready and goes online some site with a webcam on; Frank then says it’s him and that he knows it’s Catia. She tells him she can’t hear and there is something wrong with the computer, she shuts it off and then says it’s some stalker to her roommate. Frank gets up from his computer and walks away.

Damon is in the bathroom washing blood off of his hands and his face, he cries a bit and one of his crew members bring in a paper that show off how it’s reported who ever killed that kid Billy must have also killed Brendon. Damon is confused and everybody just doesn’t look good after Mike’s death. Frank walks up to a friend and brings him his French Vanilla, he asks him for information on some URL. The guy asks if it involves the cops recent death, the guy asks for a little more then just the French Vanilla and he hands him some tickets of some sort. Joe is talking to principal with his daughter April, the principal says it’s going to set her back because she hasn’t done communion or confession; it’s a very religious school. Joe says that if he was able to go to the school then she should since she if a much better person then he is, Joe hands the principal a check for the tuition and he tells April not to act like an idiot in class.

Frank is texting this guy Cable about the URl, he sees some kids skipping school and asks why they are skipping; the kids say they are sick. Frank hears a sound in some garage, he goes in and scares the crap out of the guy working inside. They set down this couch and Frank tells him he’s tracking a cop killer and questions him about Billy, the man calls in one of the kids named Jamal. The man and Jamal trade words; Frank tells the man if the kids are his dope boys then he will bring him in. Jamal tells Frank some intel about someone getting their ass smoked from some deal, he also gives hims the gang name. Damon is cleaning his car and can’t believe what he did, Maya tells him it’s not his fault and Damon believes that he should have been 10 steps ahead. Maya says they will be but things will get worst before they get better, Frank walks up to some house and asks for a name. Izayah answers the door and says hi to Frank; he asks to take a walk with him. His crew was coming to follow but Frank tells them he’s a big boy and doesn’t need them. Frank tells Izayah he knows someone got smoked at one of his deal and believes that he’s their cop killer; Frank says he knows a bunch of guys looking for the murder and that if he drops a name then all the heat on him goes away. Izayah says he has no idea about the drug dealer or Brendan, he says he’ll talk around and see what shakes loose. Izayah asks all of his crew why Frank was on his ass and nobody answers. Joe and Dani are looking at some cameras and saw some homeless person near the place, Billy’s mother walks in and can’t believe they made her son look like a cop killer. She starts arguing with Dani and Joe, Frank gets a text from his guy and walks out.

Joe and Dani arrive at a crime scene, he says Frank was smooth sneaking out on them; Joe asks Dani about her and Frank. Dani says there is nothing going on with them, Dani asks who Frank is hooked up with and Joe says nobody really knows. Dani and Joe question the store clerk about what would have happened, Joe then asks if the people touched the magazines in the store and the clerk says yes. Joe takes them as evidence for finger prints. Damon arrives at a house and asks if Michael is home; the guy says no and Damon drives away. Joe an Dani are back at the department; Dani mentions how Billy’s murder is not making any sense. She is confused how their mystery man and Billy would kill two people; Joe tells her that’s the job it’s supposed to be confusing. Maya comes out and asks Damon how it went, he just goes down and starts crying. Katia and her roommate are given money to go buy food and cigarettes; Frank is walking down a street and notices the two girls walking together laughing. Frank crosses over and looks her straight in the face calling her Katia, her friend walks on ahead; Frank gives her a hug. He asks how she is and she says she is okay; Frank says after seeing her scared and tells her he knows what happened and will fix it. He asks why she is working there and she doesn’t know, he asks why she didn’t call and she says she doesn’t know either. Katia tells him that she won’t be going back to Detroit, Frank then says he can keep her safe. Katia says that isn’t the problem, she says it’s her job to make people feel good and tells him many men tell her they want to runaway with her. She asks him to tell her one thing she likes; she then tells him her name is not Katia. She walks away with her roommate.

Nick is in a therapy sessions and is asked if he sleeps well; he says he doesn’t take his meds much. The therapist warns him about it and asks what is on his mind, Nick says nothing and leaves. Nick is walking outside and almost steps right in front of a bus; he gets into his car after that and start his car. He turns off his music right away and lights up a cigarette. Nick goes into the convenience store and goes to take a drink but gets nothing, he goes back into the fridge and grabs two weird bottles. He’s driving and drinking his weird drinks and parks somewhere. Nick lines up some pills on his lap and takes them all at once while drinking his blue drink, he almost crashes and is having problems driving; he stops at some park and watches some dogs playing with their toys. Nick parks his car and walks over to some random guy and shoots him; it was the man who killed Mike. He drives away from the scene right after.

Frank knocks on a door and Dani answers asking where he’s been, Frank gives no answer. Frank says he had to clear his head about everything and asks if he can come in, Dani says yeah and lets him in. She turns on the lights and says he looks like shit offering him a drink; he says she doesn’t at least. Frank says sorry about the other night and says he shouldn’t have behaved like that and that he’s been thinking about her, she says he’s not in great shape. The two go ahead and kiss. Damon tells Nick that he doesn’t have to worry and thanks him for taking care of it, Maya says it was a smart play; Damon says it had to be done. Frank wakes up at Dani’s house, he gets out of bed and then says he thought he’d just leave when she woke up; he says he needs to clean up for work. Dani asks why he really came over last night and if it was really just to get some, Frank then says nothing and walks out.

Damon meets with some man and tells him how he shot Billy and that he’s frustrated with his friends death; the guy offers to protect him and says he will get his drugs back and give him double the tax. He tells Damon that he’s not interested in that, Damon remind him if he does anything to him or Maya he will get him to rot in a cell. Joe is told at work that there are no prints on the magazine’s they got, Joe asks Frank where he has been, Frank gives sarcastic answers and Joe walks off. Damon is talking with Izayah and they both talk about what went down between their men and how Mike was killed so they took out his killer on their side.

Joe is cooking dinner and tells April to come in and set the table; her grandma keeps asking her questions about her day but Joe keeps being sarcastic. Frank has a meeting with one of Izayah’s guys and is a messenger; he hands him a picture of a man. Dani visits the man who apparently saw the whole crime scene at Brendan’s drowning; all he knows is two people did it but has no idea what they looked like.