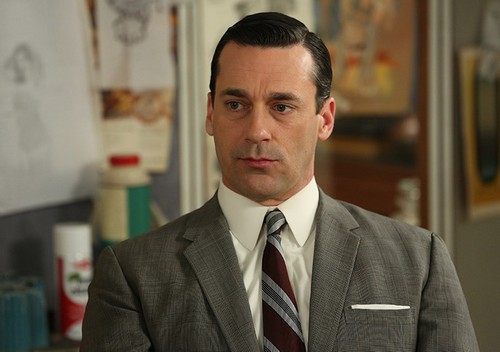 Tonight MAD MEN returns with a whole new episode called, “The Crash.” On tonight’s show Don is disrupted by a surprise visitor. Peggy looks for inspiration. Did you watch last week’s episode? We did and we recapped it here for you.

On last week’s show Roger fired Bert who did not leave quietly. Joan was sick and Bob took her to the hospital, she found out that she had a cyst on her ovary. Don and Sylvia’s relationship heated up and Don was happy that he was in control of his affair with her. But, when Sylvia was left alone to think while Don headed out of town with Ted for the Mohawk account, she felt ashamed and ended their relationship. Pete had his own troubles, but this time they are not Trudy or his father-in-law, his mother is at his place and became a burden to him.

Don looks like he is doing some napping at the office to clear his head and Pete looks even more annoyed with what is going on in the office and thinks something is in poor taste. Ted tells someone that they didn’t make something clear, it would have to be Don since they are the ones that merged together. Don looks terrible, more problems on the horizon, hopefully they are not both personal and business. Stan has a spectacular idea that he shares with Ginsberg. Roger feels like things are worse than he thought and Don doesn’t believe they can go on like this while Megan is concerned that Don is not home where he should be.

We will be live blogging Mad Men Season 6 Episode 8 at 10PM EST . . . so make sure to come back to this spot and watch the show with us.   Make sure to refresh often so you get the most current info!  While you wait for the episode you can catch a sneak peek of tonight’s episode BELOW!