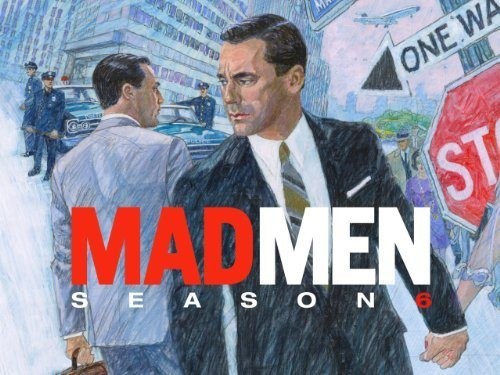 Are you enjoying MAD MEN as much as I am this season?  We are only three weeks into season 6, but it is clear this season is about change and isn’t that what the 60’s was all about.  Next week’s episode is called, “To Have And to Hold,” and we have managed to get our hands on a few spoilers and a sneak peek video for your enjoyment.

On tonight’s episode which was directed by Don Draper oops Jon Hamm, the theme is fidelity. Don continued his affair with Arnold Rosen’s wife Syvia and it looks like it is serious, not a one night stand.  Pete on the other hand is just fooling around.  Pete had a romp with another wife.  The wife gets beat up by her husband when he finds out about it.  Don’s wife Megan revealed to Sylvia Rosen that she had a miscarriage a few days ago, she had not told Don yet.  Peggy got the inside scoop about the Heinz Ketchup account and Ted wants her to dig deeper. Herb showed up at the office and put everyone on edge over the Jaguar account while Raymond teased Don with meeting Timmy from Heinz ketchup.  If you missed tonight’s episode you can read our full and detailed recap here!

AMC official synopsis:  The partners try to keep a secret campaign under wraps, while Joan gets a visit from an old friend.

Next week, the crew is back again in an all new episode titled “To Have And To Hold”  Next week, the partners try to keep a secret campaign under wraps while Joan gets a visit from an old friend. Ken thinks that every gripe is directed at him and Harry is sneaking around. Don seems to be at odds with Megan, is there trouble in paradise? Did she find out about the affair?  Perhaps it was not Megan who told Don about her miscarriage, maybe Sylvia did.  I doubt Don would be pleased to know he was not the first person to know.

With the episode being called, To Have and to Hold, I wonder if someone is getting married or perhaps they are alluding to the fact that Megan has Don but can she keep him?

Mad Men Season 6, Episode 4 “To Have And To Hold” airs on AMC on April 21st, 2013. Check out the preview video from episode 4 HERE let us know in the comments below what you think!