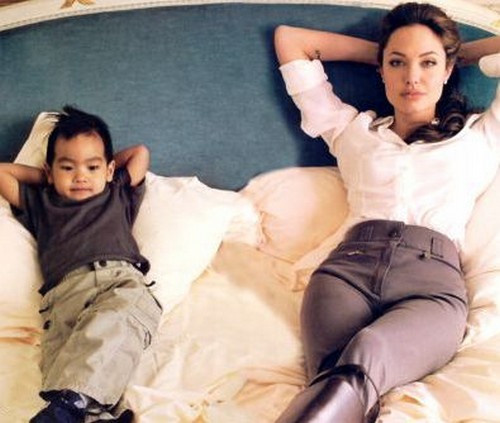 According toa new report from TMZ, a man tried to steal Maddox Jolie-Pitt’s iPad when Maddox and his bodyguard were busy playing paintball.

Allegedly, this man broke into the family car, stole two iPads and a cellphone, and tried to run away without being spotted. Unfortunately for him, he wasn’t as stealth as he thought because someone spotted him in the act of committing the robbery, and told the security guards. The guards managed to capture him and turn him over to the police.

Obviously, the guy was arrested and the items he stole were returned to Maddox. It’s interesting – you have to wonder if this guy was stealing the iPads because he recognized Maddox and thought he would be able to get a good price for selling something from the Jolie-Pitt family, or whether he was just stealing the iPads and electronic memorabilia without any idea of who owned them. There are a lot of wacky people out there who would pay a lot of money for something belonging to anyone in the Jolie-Pitt family, so Angelina Jolie and Brad Pitt might want to be a little more vigilant about telling their children to keep their electronic items safer.

To be fair, this guy did break into a locked car so there was really not much Maddox nor the family bodyguard could have done about it. It’s a good thing he was caught in time because who knows where the iPads and all the information on them could have ended up.