Madonna Engaged to 25-year-old Boyfriend Brahim Zaibat — Introduces Him as her Fiance! 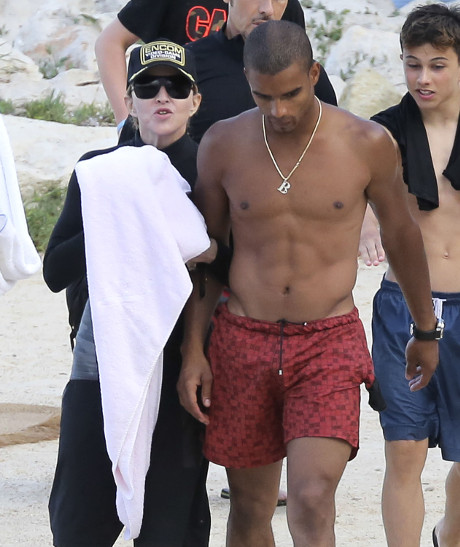 Has the glorious Madonna gotten engaged? According to sources, it appears so. Apparently, while at a Rosh Hashanah service at the Kabbalah Centre in NYC, Madonna was introducing her 25-year-old boyfriend, Brahim Zaibat, as her fiance! The singer wasn’t shy in introducing him as such in front of her kids and other guests in attendance, so people think that this little hookup might be legit for the long run.  What do you think about Madonna marrying her tiny-baby-boy love?

“She looked so happy and didn’t try to keep it a secret,” the witness told In Touch. “It was like she wanted everyone to know she was going to marry this man.”

Madonna and Brahim have attended several services at the Centre together, though this instance is supposedly the first time she’s introduced her boyfriend as being something much, much more. Do we hear wedding bells in their future? Maybe so!

The couple (pictured above) has been dating for two years. For more information, you can pick up the latest issue of In Touch Weekly.