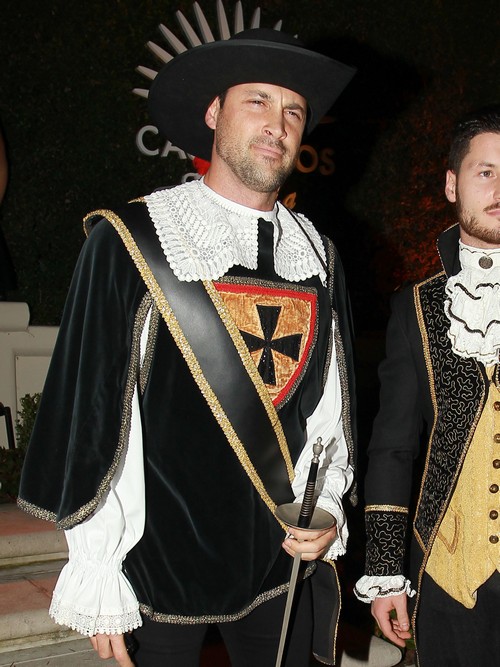 Dancing With the Stars fans will be absolutely thrilled to hear that one of their longtime favorites, Maksim Chmerkovskiy is headed back to the show next Monday night. The explosive star left the show last February and has missed two seasons of competition, seemingly by choice. That doesn’t mean that he has been sitting around doing nothing. Maks runs several dance studios and also has been starring in Forever Tango on Broadway.

Next Monday he will be back in a totally different role. Instead of gracing the ballroom floor and fighting for the mirrorball trophy, Maks will take a seat beside Len Goodman, Carrie Ann Inaba and Bruno Tognioli at the judges table. This is semi-finals week and who better to serve as a guest judge then someone who is well aware of the trials and tribulations that the remaining dancers are now facing?

While it’ll be great to have Bruno in the house, do you wish that he was actually dancing again? In recent seasons he has always brought more than just fabulous footwork to the table. Their have been those fights with less than perfect partners, smokin hot hookups and of course, who can forget Mak’s fearlessness when it comes to ranting at the judges for scores that he feels are less than fair!

In other words, Maks equals drama and shows like DWTS thrive on it so my guess is that they are probably dying to bring him back into the fold full time, don’t you think? Tell us in the comments below!