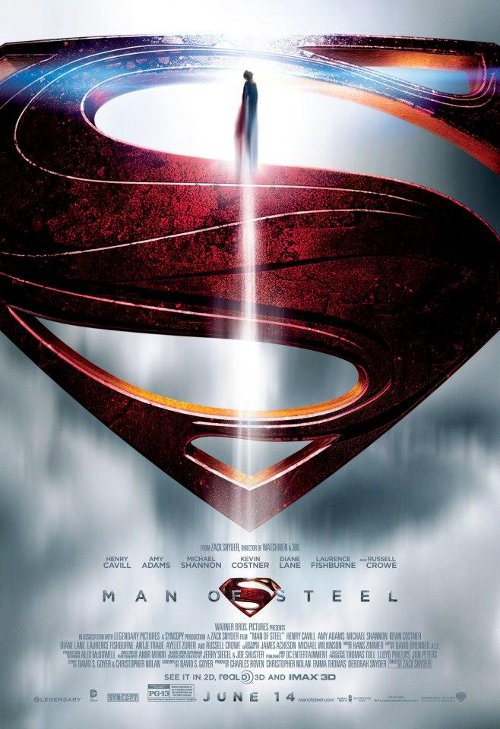 Man of Steel is expected to blow the lid off the box office when it opens worldwide in two weeks. Right now, even the most conservative predictions put the film at $100 million for the domestic opening weekend box office. What does that mean for the film? Well, it means that Warner Brothers should start prepping for Man of Steel 2 [they probably already have].

All the producers and filmmakers have played coy when it comes to talk of possible sequels, but leaked sources and reports have pretty much guaranteed that there will be a sequel if this one does make enough. What’s enough? Well, the budget’s listed at $225 million, which I’m thinking is a conservative estimate. That $225 doesn’t include the promotional costs, which for this film will be absolutely massive due to the enormous global marketing campaign that Warner Brothers has conducted.

But hey, if it works out, they could finally have the first step to their Justice League movie. When Marvel first released Iron Man in 2008, no one thought The Avengers would work out, but here we are, 5 years later.

So keeping all that in mind, I’m thinking that a solid figure to aim for is anywhere from a $300-$350 million domestic minimum for MOS to ‘guarantee’ a sequel. The early reviews for the film have been very strong, and with the excellent promotional campaign for the film [which has rendered it omnipresent, especially with Sears, Gillette, and the Army getting involved], the film has achieved the highest awareness it possibly can. Two weeks ahead of the film’s release, there’s nothing WB can do now except wait and pray that there’s no last minute backlash.

Of course, this is just domestic. Worldwide box office is a different story. Superman’s always been less popular abroad, especially compared to superheroes like Batman and Iron Man. However, I think Chris Nolan’s involvement and the updated take on the mythology, plus Henry Cavill‘s hotness/talent and the crazy action, will bring in the international audiences. $1 billion at the box office seems a bit out of reach, but I’m thinking $800 million should be easily achievable, especially with the 3D surcharges. For some reason, international audiences still seem to love their 3D, god bless them.