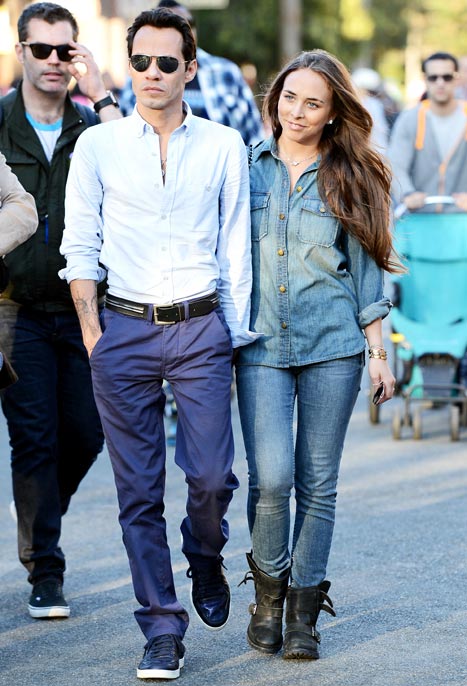 Marc Anthony has reportedly broken up with Topshop heiress Chloe Green after a two month romance. This might be a new record for Anthony, who’s not really known for long-term relationships – apart from his marriage with Jennifer Lopez, of course.

In fact, many sources claim that Lopez ruined it for him. They say that Marc has never really gotten over her, and every recent relationship has been a rebound. If that’s true, it would certainly explain why this relationship with Chloe didn’t last longer than two months.

A source told the Sun that the reason for the breakup was Marc, saying, “It seems to be Marc’s decision to end it. She’s already moved her stuff from his house in Miami and has gone away with friends to get over it. Things happened very quickly between them — and she’d spent a lot of time with his children.” The source added, “The pair got serious very quickly and had the blessing of her parents, but it hasn’t worked out.”

Of course, it wasn’t just Marc who was coming out of a high profile relationship. Chloe also recently split from soccer star Djibril Cisse, and Marc might have been as much of a rebound for her as she was to him.

Then, there’s also the fact that Chloe Green was 23 years Marc’s junior, and the age difference might have gotten to them.

Do you guys think it was age, or money, or just a case of growing apart that led to the breakup between Chloe Green and Marc Anthony?