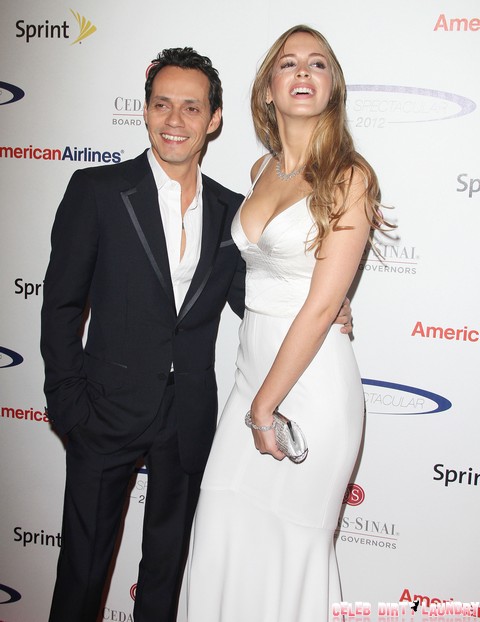 Marc Anthony has dumped his girlfriend Shannon De Lima as he desperately wants to win back his ex-wife Jennifer Lopez. The couple ended their relationship back in July 2011 before finalizing their divorce in April 2012, but Marc has realized that Lopez is the only woman for him and is trying everything he can to win her back. The 44-year old says there’s no bad blood between him and Shannon, while his rep confirmed: “The amicable breakup became official right in mid-January.”

Now, it’s kind of funny how the break-up was announced one day after Marc met up with Jennifer at Manhattan’s London Hotel. The secret meet-up kept J-Lo in Anthony’s room for two and a half hours, according to The NY Post. While both parents have remained in contact for the sake of their twins, there was literally no explanation as to why Marc was hiding his face when he did the walk-of-shame minutes after Jennifer left the hotel.

An eyewitness dished: “He came out really quickly, with his head down, like he didn’t want to be seen.’‘ Sources say that Casper Smart had no idea about Marc and his girlfriend meeting up at a hotel, so when he found out, he called Jennifer who explained to him they ran into each other while she was gearing up to promote her newest movie Parker in New York the following day.

Smart was left at home alone as Jennifer flew out to New York, almost as if she had this all planned.. the whole meet-up with Marc while “promoting” her latest movie. The story comes just weeks after the singer took her two kids and her ex-husband to Miami as they took a short vacation from their busy schedule. Hmm, Jennifer – you can’t use the “.. but he’s their baby daddy” excuse forever. Make up your mind!