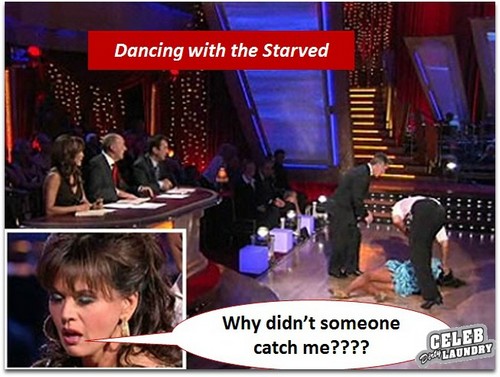 Marie Osmond finally got off her chest how much she hates Dancing With the Stars.  Marie who was on the Wendy Williams show, took the time to vent about feelings she has kept bottled in for a while and once she started there was no stopping her.  In October 2007 Marie fainted during ABC’s live broadcast of the show.  She just finished a samba with her professional dancer Jonathan Roberts and they were listening to comments from the show’s judges when she fainted.  At the time she said the reason she fainted was, “once in a while that happens to me when I get winded. I stop breathing.”

According to Marie, the real reason it happened was because had she lost 30 lbs on a crash diet and was suffering from, a dangerously low potassium level.  She is now calling DWTS, Dancing with the Starved.  She says that the show leads to extreme dieting.  She also went on to blast Jonathan and show host Tom Bergeron for not catching her. “Where was my partner and where was Tom?”

In the interview Marie continued with her rant and said women have it harder than men on the show.  She said, “The boys do nothing, the girls do all the dancing!”  She felt she got tough routines while the men have it easy.  Her proof is the fact that her brother Donny Osmond won the mirror ball trophy in 2009 and she only got to the finals.  She of course considers that she is the better dancer of the two.  hmm sounds like sour grapes to me.

With ratings dropping producers of DWTS are outraged at Marie’s comments but she does not care.  She felt like she was bullied on the show, “She knows other contestants have gotten terrible treatment by pro-dancers, judges and crew members.”  She wants the world know the truth about Dancing with the Stars.