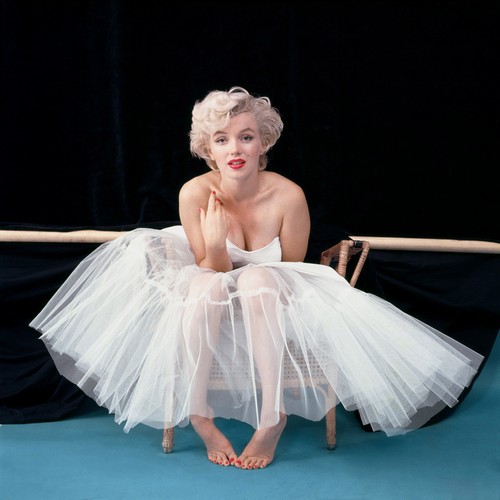 Some old Hollywood crimes just don’t go away. The death of Marilyn Monroe in 1962 is one of those cases. She was thought to have overdosed and an autopsy proved that there was a lot of pills in her system, but there has always been other speculation. Fred Otash was one of old Hollywood’s top investigators and he bugged lots of phones and apartments including Marilyn’s.

According to the June 23rd print edition of GLOBE, Otash also was on Peter Lawford’s payroll. It was at his beach house that Marilyn would meet up for sexual playdates with both John F. Kennedy and Robert F. Kennedy. Otash’s files recently came to light and the now deceased investigator admitted to hearing Marilyn die after a brutal fight. Supposedly she and RFK were having a knock-down-drag-out fight because she was tired of being passed around between the brothers like a piece of meat.

According to Otash Marilyn was hysterical and RFK picked up a pillow and used it to muffle her screams until she suffocated. He then received a call from Lawford informing him that Marilyn was dead and that the Kennedy brothers needed help getting rid of any evidence that would connect them to her.

Ortash’s audio tapes have since disappeared, but his notes and files still exist in definite detail. They totally back up the long held notion that Marilyn was murdered and didn’t accidentally overdose. She died over 50 years ago. Why do you think that people still care so much? What is it about Marilyn that makes her so legendary even still today? Should a full investigation into Ortash’s claims be launched? Or should this case just be left alone. Tell us your thoughts in the comments below!