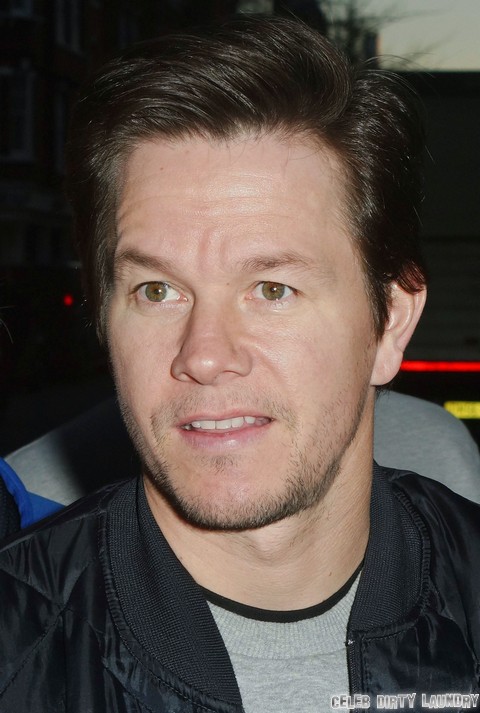 Mark Wahlberg was totally wasted last night when he appeared on UK’s The Graham Show, leaving viewers laughing but puzzled as to why he’d let himself get so intoxicated where things between him and Sarah Silverman started to get very awkward. The 41-year old, who is currently promoting his new movie Broken City, interrupted the actress several times during the interview before totally blanking out when he was asked any questions — it was painful to watch, that’s for sure.

But, things couldn’t have gotten any worse when Silverman (who is incredibly hot) recalled the time she peed in a her friend’s pyjamas. As she told the story, Mark started pulling all kinds of facial expressions and slowly moved away from her in disgust and by then, everyone knew what was going on… Mark wasn’t being himself – the usual macho type of guy he comes across as.

Sarah was getting pissed by the constant interruptions, even asking Mark if she would be able to tell her story for one, while Wahlberg laughed it off as he tilted his head forward to give Sarah a kiss… on the lips! One viewer who watch the episode yesterday explained: “Mark’s being a complete plonker but drunk chat show guests are always the ones you remember,” while another added: “It’s quite telling that Wahlberg seemed sober as a judge when droning on about his own movie but then proceeded to try and upstage and disrupt everyone else’s time.”

In an attempt to get as far away as possible from Sarah, Mark got of the couch and sat on Norton Graham’s lap before he started to rub the talk-show’s nipples several times while whispering in his ear. Wowza! Wonder what they were giving him to act that crazy. And the funny thing was that during the interview, he continue to drink champagne. Very unprofessional of him, but also very funny.