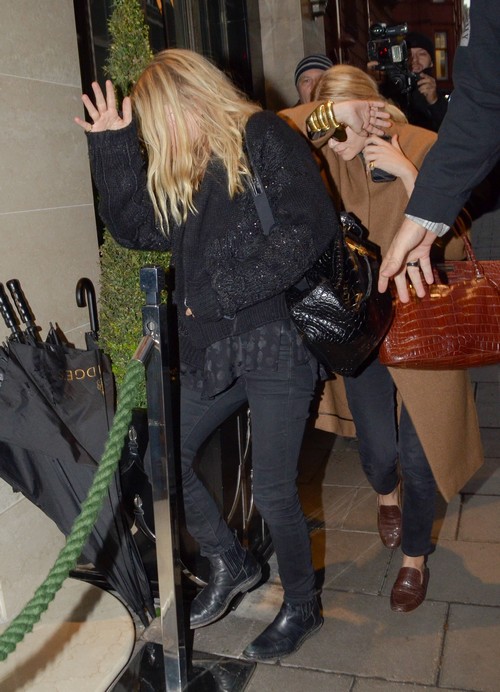 If you were still hoping for a Full House reunion, it now may never happen because of Michelle Tanner. Mary-Kate and Ashley Olsen revealed in an interview they have no plans to return to acting. According to them, they were never actors to begin with. So all of those TV shows and movies were just reality shows? The Olsen twins began acting when they were nine months old but they have focused on their fashion lines for the past few years. Business and fashion is where they would like to stay.

Growing up in Hollywood, the sisters were always hands on in their careers. Writers would even ask them what they wanted to say in scripts so they could make sure it was something a young girl would say.

“I always looked at myself, even as a kid, as a businesswoman,” Ashley said. “With what we were doing in business when we were younger, I don’t think it ever felt like we were actresses, because we spent so much more of our time not in front of the cameras, building a brand,” May-Kate added.

Their brand has now turned into a fashion empire and the young business women are very well respected in the fashion industry. Their line include The Row, a high-end couture collection and Elizabeth & James, a contemporary collection based on their personal and vintage styles. They also more affordable lines with stores like Wal-Mart and JC Penney.

A fragrance line has debuted under the Elizabeth & James brand and the twins are looking to open a Los Angeles flagship store for The Row. Not to mention they also run their own production company, Dualstar Entertainment Group.

But you still might be able to catch old shows and movies of the Olsen Twins. They are looking into distribution deals for the work they did in their younger days. And while Mary-Kate’s last acting role was in 2011, Ashley has no plans to return to being in front of the camera.

“We still feel welcome in the [entertainment] industry but it’s not the one we’re in,” Mary-Kate said.

I guess we’ll have to settle for their younger sister, Elizabeth Olsen, to get our Olsen fix. Elizabeth has earned a lot of critical acclaim since breaking out in 2011. However, I still hope Mary-Kate and Ashley come back to TV. They have such a great chemistry and appeal to a wide audience. A reality show following their business and personal adventures would also be amazing. Don’t you want to know more about Mary-Kate’s relationship with insanely rich 44-year-old Olivier Sarkozy and his two kids? I do!

Will you miss the Olsen twins on your TV screens? Join the conversation and leave a comment.