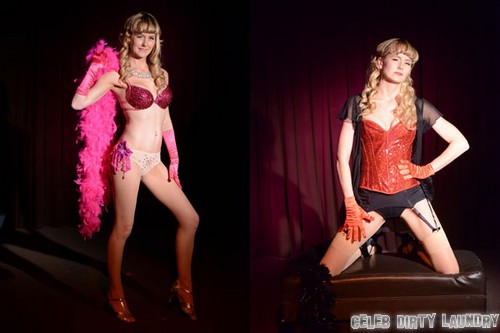 After Camilla Parker-Bowles scoffed at the thought of Duchess Kate Middleton’s future in the Royal family, apparently the tables have turned. Remember when the topless photos of Kate were spread all over the internet? Well, the Queen wanted to let bygones be bygones, but the Duchess of Cornwall had other plans. In fact, as you may already know, she had the Queen’s ear and was calling Prince William’s wife nothing but a commoner.

Apparently Camilla wasn’t in on a little detail that Kate was privvy to. Camilla’s niece, Emma Parker-Bowles is actually involved in a raunchy photo scandal herself. The difference being that Kate and Wills were on vacation and thought they had some modicum of privacy. Emma is actually seeking out places to strut her stuff! Talk about a Royal scandal! We’re wondering what the Queen is going to say about this one!

Above, you can see the racy photos of Emma, strutting her stuff as a dancer for a Los Angeles burlesque troupe. In a new interview, Emma said, “I have always wanted to be in a troupe. I was flattered to be asked, at the age of 38, to join a group of twenty-something dancing and singing babes. There is life in the old girl yet! Clearly I didn’t think it through. The closest I would get to Dita Von Teese would be as a scarecrow in her garden.” 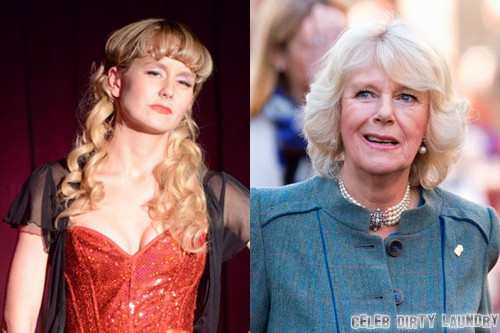 She went on to say that she is rather “clumsy and a bit scruffy”. She said, “I can’t even put eye shadow on without looking as if I have been in a fight. I think, subconsciously, this was why I said yes.”

We’re guessing that somewhere in Britain, Kate Middleton is laughing her butt off!