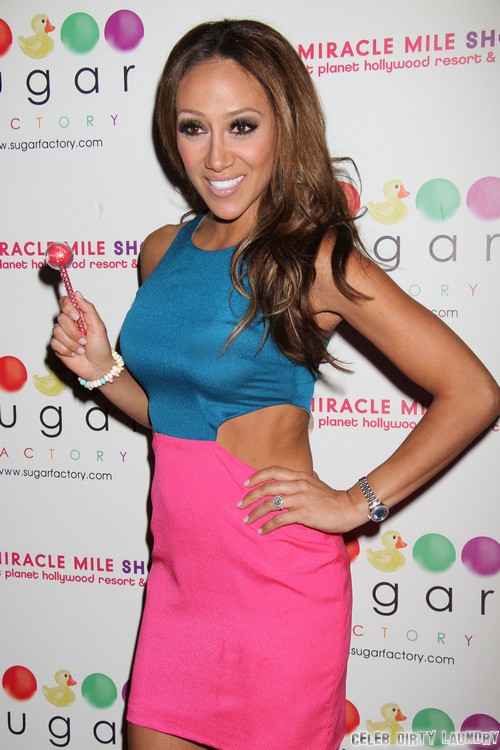 If you watch The Real Housewives of New Jersey then you’re already familiar with Melissa Gorga. She’s married to Joe Gorga who is Teresa Giduice’s brother. Melissa and Joe are know for their sexcapades and that closeness seems to really bond the couple.  Teresa is always trying to dig up dirt on Melissa to make people hate her as much as she does. In Tre’s mind Melissa stole her brother away from her and that’s not at all acceptable.

According to the July 1st print edition of Star magazine, there is quite a bombshell regarding Melissa and it’s not even being dropped by Teresa. Instead it’s Melissa’s old high school friend from Florida, Jamie Bauer that is getting the job done. The current Delray Beach bartender claims that she and Melissa first hooked up when they were both 16 and that the sexual affair lasted for 18 months.

At the start Melissa was a good girl that ran with the popular crowd but by the end she was cutting school and getting in trouble just like Jamie. She claims that Melissa’s mother was furious when she found out that the two were having sex and banned Jamie from the house. That didn’t stop them though and Jamie would simply sneak in Melissa’s bedroom window at night. Eventually it all ended when Melissa’s family moved to Jersey.

Do you think that Jamie’s story is true? Melissa does seem to be a bit on the freaky side and Jamie has handed Star several photos of the two together planting kisses on each other and looking awfully cozy! Will Teresa use this to launch her next media smear campaign against Melissa? Would Melissa even care? Tell us your thoughts in the comments below!