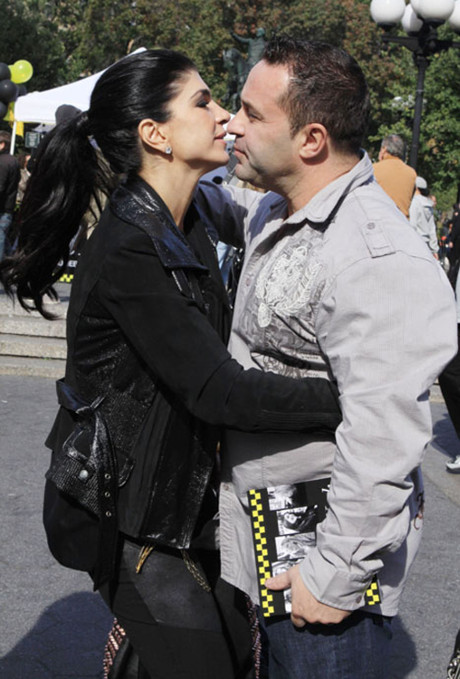 Real Housewives of New Jersey stars Teresa Giudice, Poison Joe Gorga, and Melissa Gorga called a truce earlier this year. The good feelings between the two families did not last. Here’s the real shocker: The two families are not spending Thanksgiving together.

Hollywood Life is reporting the Gorgas will be in Jamaica for the holiday. This is the second year in a row Poison and Mel decided to go on vacation for Thanksgiving. Last year the Giudices and the Gorgas were not speaking, so it makes sense they would go their separate ways. This year they were obviously snubbing Tre and her husband Juicy Joe. Due to their federal fraud indictment, the Giudices had to surrender their passports and can only travel from New Jersey to New York. Mel and Poison publicly said they are supportive of Tre and Juicy Joe but actions speak louder than words.

My guess is Poison and Mel are embarrassed of the Giudices. In addition to their indictment on 41 counts of fraud, Juicy was stopped by the police twice in the last two weeks. It was reported earlier in the week that Joe was caught with a mystery woman. Nancy Grace emphatically declared the couple will do jail time. Wendy Williams declared Teresa delusional for thinking she will not do jail time. Teresa is also being sued for copying the name of her hair care line, Milania.

Not all of Teresa and Joe’s family have abandoned them. Tre and her family will be with her parents for Thanksgiving. She also has her cousin, Kathy Wakilie, on her side. Kathy told E! News she hopes the Giudices don’t go to jail. On the other side of things, Poison and Mel have not publicly said they don’t want them to go to jail. They just said they will be supportive if it happens. I hope Teresa and Joe have learned they can’t count on her brother and sister in law, no matter what they say to the contrary.