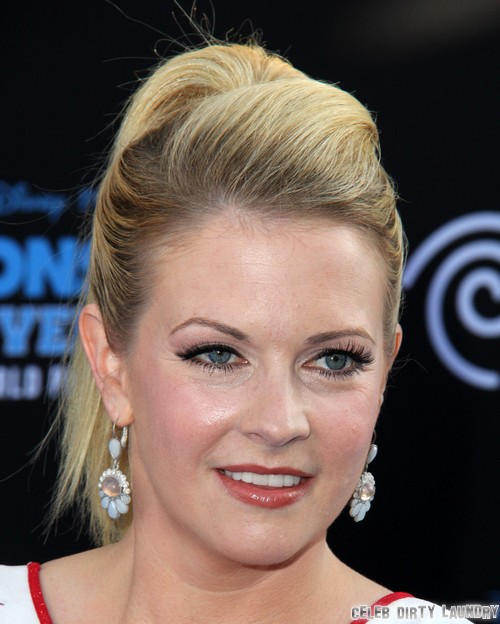 It’s no secret that many Hollywood stars have hooked up with each other at one point or another, and so it shouldn’t come as a surprise that two very popular young stars used to date back in their heyday. Melissa Joan Hart, who’s just come out with a tell-all book revealing her intimate secrets, drug addictions, and secret romances, reveals that she actually once hooked up with Ryan Reynolds – and his current wife, Blake Lively, had no idea.

Don’t husbands and wives usually have this talk before getting married? ‘Honey, just so we know and there’s no surprises in the future, who are all the people you’ve ever hooked up with?’ Or maybe it’s not even broached because they’ve all hooked up with so many people.

Anyway, Melissa reveals that Blake actually reached out to her first, explaining, “Blake reached out to me last year and she asked me to help her with a birthday present for Ryan.” Melissa adds that she told Blake of her history with Ryan because she would be mentioning it in her book and she wanted Blake to find out from her first. She explains, “It’s funny. I told her, ‘Just so you know, I’m coming out with a book,’ and she was like, ‘Okay!'”

She claims that Blake didn’t mind, but I’m sure Blake was actually seething with jealousy. Who wouldn’t be upset to hear about their ex-husband’s past relationships from the ex?

Regardless of Blake’s feelings, Melissa did go ahead and give all the intimate details of her brief romance with Ryan, explaining that the duo met while filming the TV movie for Sabrina the Teenage Witch. She says that after she was given a watch from Ryan, they started making out, explaining, “I remember that his lips were pretty wonderful, plus he has these big hands and shoulders that completely swallowed my petite frame. It was a terrific distraction from how strongly he smelled of hair product.”

Is it just me, or does Melissa just seem like she’s capitalizing on a lot of big names to sell her book? First, she discussed several high-profile celebs in regards to her drug addiction, and now she’s detailing her romantic escapades with other A-list actors. Either she’s just looking for some attention, or she needs the money. What do you guys think? Let us know in the comments.