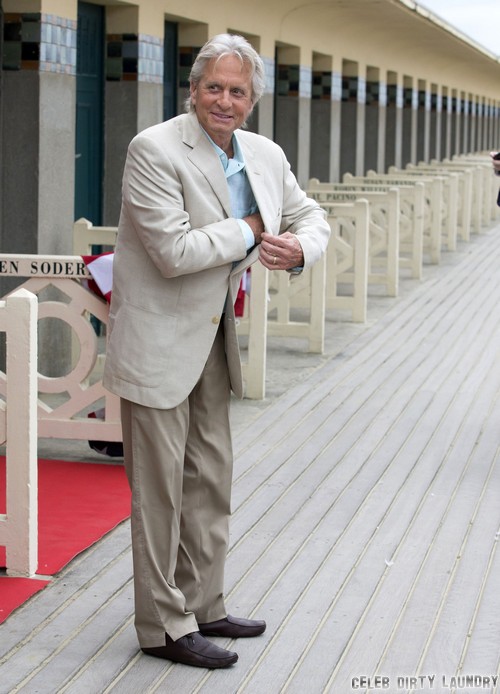 Earlier this week it was confirmed that Michael Douglas and Catherine Zeta-Jones‘ marriage has hit the skids hard. The once adoring couple has been struggling to keep things together for the past year and the fight has now become public. It’s funny because for years they put up such a united front that it really seemed like Michael’s cancer and incarcerated son combined with Catherine’s fight with bipolar disorder brought them closer. Now we know that instead of falling together they’ve actually fallen apart.

According to the Sept. 9th print edition of National Enquirer it’s not any easy split for the couple. Michael spent a few days on a friends yacht off the coast of Sardini last week and rather than enjoying himself he looked heartbroken. He was later spotted golfing solo- a past time he once shared with his wife- and the mood was no better.

Sources close to the couple say that they are fast tracking towards a $300 million dollar divorce and it’ll likely be the kids caught in the middle. Michael has made it a priority to spend some time traveling alone with them this summer in order to reassure them that in spite of the behind the scenes drama it’ll somehow be okay. Michael and Catherine are both gearing up to fight for custody of both Carys and Dylan. Who do you think should have primary custody of the kids? Their often unstable mother or their father that has a job which takes him away from home for long periods of time? Who is the better choice here? Do you think they’ll fight over money and assets as well or is the focus going to be primarily on the kids? Tell us your thoughts in the comments below!