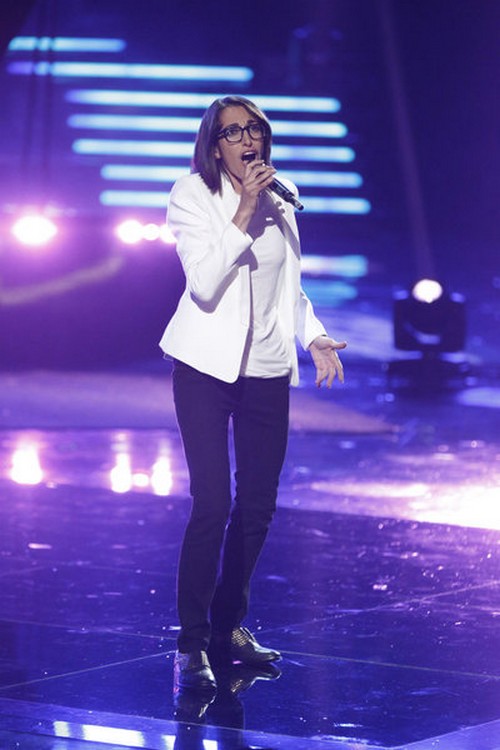 Michelle Chamuel took the stage tonight on THE VOICE for one of her final performances.  Michelle sang “Why” by Annie Lennox for her new song choice. On tonight’s show the final 3 performed two songs and one duo live in front of coaches Shakira, Adam Levine, Usher and Blake Shelton for America’s vote and a chance to win The Voice. To see Michelle’s other song, “I Knew You Were Trouble” video, CLICK HERE …  To See Michelle’s Duo With Usher, CLICK HERE …

Judges comments: Shakira said, “That was beautiful, it is established how much I like you as an artist.  I think people should know how humble you are, you have the perfect combination.”  Blake said, “Man, first of all I  am still freaked out about that mirror trick.  Anyway besides the fact it was refreshing to see a more laid back performance.  Probably a good time to show that.”  Usher said, “I thought she was phenomenal, I think she is phenomenal.”