Michelle Williams Against Katie Holmes and Luke Kirby’s Relationship – Trying To Ruin It? 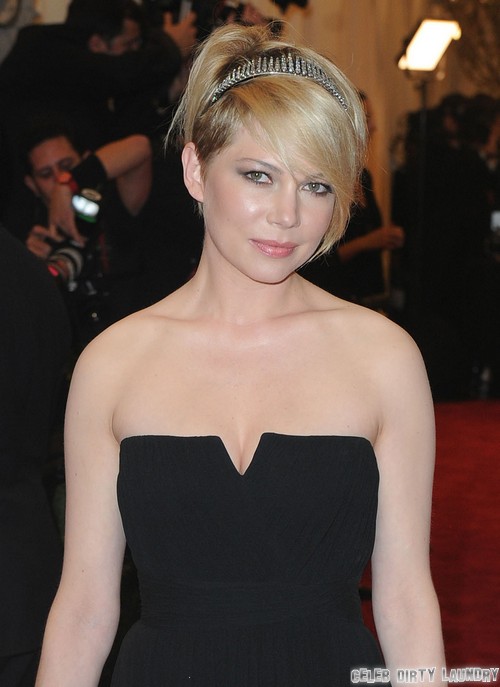 Not many people know that Michelle Williams and Katie Holmes were both on the same show when they were younger. Of course, Dawson’s Creek remains a classic example of a wildly successful teen TV show, but have the cast members stayed friends? Well, if this latest story is anything to go by, probably not.

According to Star Magazine, Michelle Williams doesn’t want Katie Holmes to date her Mania Days co-star Luke Kirby. Apparently, Michelle and Luke starred together in Take This Waltz, and Michelle is very ‘protective’ of Luke and thinks he can do a lot better.

However, Luke is apparently not ‘phased’ [I think they meant fazed] by Michelle’s opinions, and Katie has reportedly told Michelle, “to keep her opinions to herself.” A source adds, “Luke feels stuck in the middle, but he wants to keep pursuing the relationship.”

Well, then. I think it’s pretty clear that Katie Holmes and Luke Kirby are a ‘thing’, no matter how hard they try to hide it. You can spot the chemistry from a mile away, and the tabloids predicted that fling long before it would happen. However, I don’t buy this story. I’m sure Michelle is friends with Luke, and while she may not be besties with Katie Holmes anymore, I highly doubt she’s the type of person to interfere in someone else’s relationship. She’s always come off as incredibly shy, and actively trying to prevent two people from dating – regardless of who they are – just doesn’t seem like something Michelle Williams would do. Also, I can’t take anything seriously if your report has fazed spelled as phased.

Do you agree? Do you think Michelle Williams and Katie Holmes are still friends after their Dawson’s Creek days? Or do you think the report is correct and Michelle wants to protect Luke from Katie? Let us know what you think in the comments.