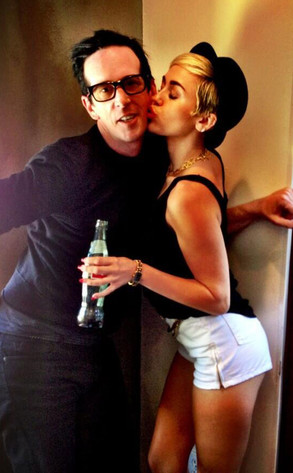 Miley Cyrus and Liam Hemsworth’s on again/ off again/ on again/ off again is giving me whiplash. Although rumors were initially running rampant last month when Liam was in Australia and Miley was in LA, the People Magazine report earlier this week seemed to clear the air. The report stated that Miley and Liam are indeed back together, and although they’ve postponed their wedding, they remain committed to each other. However, Miley has once again been spotted without her wedding ring, something which has never happened before, save the period of time where Liam was in Australia and they were on the verge of a breakup.

So what does this mean? Either Miley is playing mind games with Liam and that People report was full of BS, or they’ve both decided that since the wedding isn’t happening any time soon, there’s no reason for Miley to wear her wedding ring anymore. Either scenario is plausible, but I’m going with Option #2 simply because they wouldn’t have gone to the trouble of putting out that People report if they were just going to break up anyway. They’ve both decided that they’re not going to get married soon, if ever, and so they remain boyfriend and girlfriend – but not fiancés. In that case, it’s completely normal for Miley not to wear her wedding ring everywhere. Now, a small part of her could very well be playing mind games with Liam – either to upset him or make him jealous. Will it work? Time will tell, but something tells me their relationship isn’t as hunky dory as they’re trying to pull off. 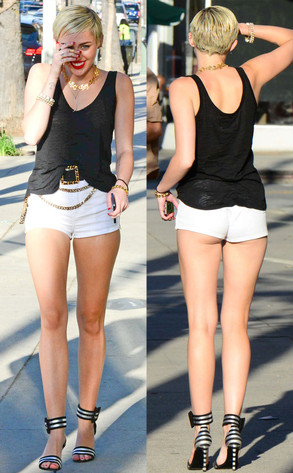 Do you think Miley and Liam will stay together in the long run? Will they get married, or will they break up within the year? Let us know what you think in the comments.

Editor’s Note: Option #3 – Miley is a ridiculous and talentless famewhore who just wants to see the media and fan reaction to her not wearing her engagement ring.  And BTW, if you think that Liam and Miley are ever getting married then you don’t know Miley.