Miley Cyrus and Liam Hemsworth Have Split Up 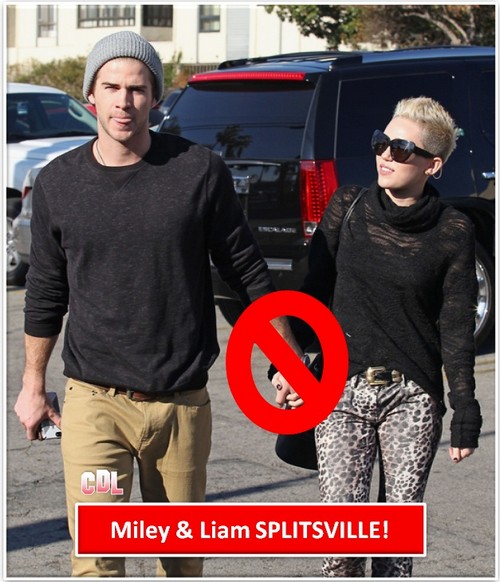 It looks like it is all over but the crying for Miley Cyrus and her fiance Liam Hemsworth.  The internet has been swirling for a while now that the couple were going through a difficult patch.  It all began when January Jones was spotted in the back of a car with Liam.  Liam and January attended a pre-Oscars party together and then were spotted in the back of a car together in the wee hours of the morning.   The internet was abuzz with rumors that Liam was cheating.

Then Miley was spotted without her engagement ring, because reportedly she was upset by the Liam/January rumors.  Last week Liam jetted off to Australia, to take what many speculated was a break from Miley.

What do you think is the engagement over for Miley and Liam?  Or is everyone adding 2 + 2 together and getting 5?  Is the pressure of having a relationship in Hollywood just too difficult for the young couple?  Hit the comments and let us know your thoughts!