Miley Cyrus and Liam Hemsworth Reunite In Canada – Engagment Back On! (Photo) 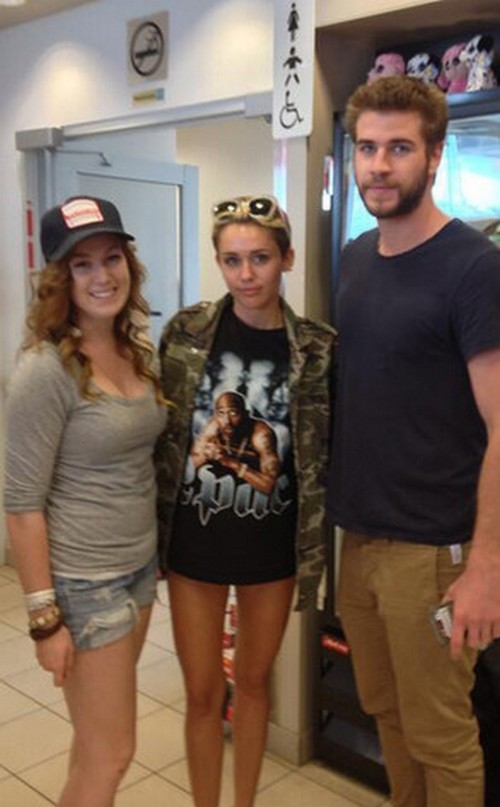 Miley Cyrus and Liam Hemsworth are back on! After months and months of speculation as to whether or not this couple was even together, they have reunited in Canada and there are photos to prove it.

The young couple was spotted out in Canada, where Liam is filming the movie Cut Bank. They took time out of their day to take a picture with a fan,  as well as do some hiking. The singer was also spotted getting a caffeine fix at a local Starbucks. This marks the first time Liam and Miley have been photographed together in about five months. They may be together physically but neither one of them looks overly happy in my opinion.

This reunion comes as I mentioned after months of speculation that the duo had called off their engagement, which they very well could have. They certainly had a rocky spring, remember those January Jones cheating allegations? Does this mean the couple is back on track or at least trying to piece their relationship back together? All signs point to a reconciliation but lets be honest who really thinks they will actually make it down the aisle, not me. I am all about young love but they just don’t seem as into each other as they once were,  so I wouldn’t hold your breathe for a wedding to ever happens.

Besides the news that Miley and Liam were finally spotted together, is the picture of the former Disney starlet wearing a T-shirt and no pants. Seriously she took a picture with a fan while not wearing pants. I would assume she had on short shorts that the shirt covered but then again it is Miley and she is all about pushing boundaries.

What do you think about Liam and Miley being back together or at the very least appearing like they are back together? Tell us your thoughts in the below comments section.