Miley Cyrus Desperate to Repair Failing Relationship with Liam Hemsworth — But is He Done with Her for Good? 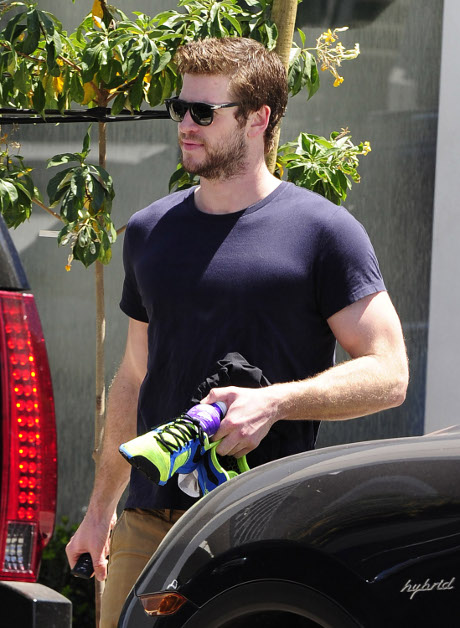 So despite the report yesterday about Miley Cyrus and Liam Hemsworth breaking up, E! Online reported that the couple is still trying to work it out. A source tells them that things are still ‘rocky’, but that both Miley and Liam are really ‘trying’. I don’t buy it. This is very similar to the Robsten situation, where Miley and Liam’s teams are putting out contrasting messages.

I mean, the breakup report appeared in US Weekly – it’s not the Daily Fail Mail. And E! Online is pretty legit, too. It’s pretty obvious that Liam’s team put out the report in US Weekly, and Miley’s team tried to undo the damage over at E!

I mean, it seems like Liam has been pulling away from this relationship from the very beginning of this year. I don’t claim to know what issues they were going through, but Liam did hook up with January Jones, and he definitely did not act like an engaged guy during awards season. It seems to me that Miley has tried her best to keep their relationship together, constantly updating reassurances on her Twitter while Liam did nothing.

There was also the report about Liam’s brothers having an ‘intervention’ for him – who the heck does that? Leak a report that his entire family wants him to break up with his fiancé? He completely threw her under the bus, which is ridiculous because when they first started going out, the only reason people knew his name was because of her.

In the end, Miley should stop trying and just give up. It’s clear that Liam already has. Besides, Miley’s got a new album coming out, and she should be focusing on that, not her boyfriend who clearly wants to become her ex-boyfriend.