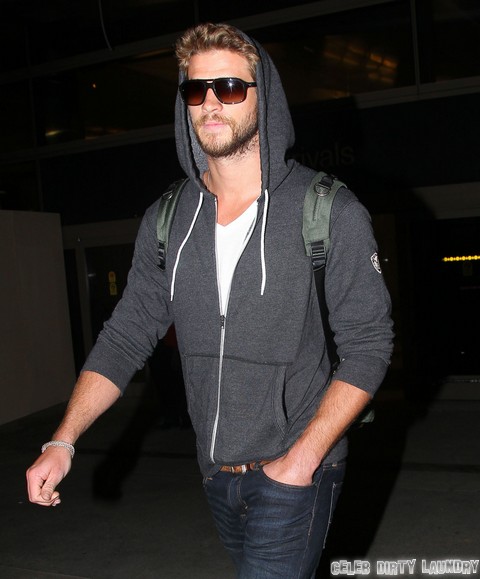 Has absence made the heart grow fonder for Miley Cyrus and Liam Hemsworth? Well, I guess we’ll have to wait and see but I doubt Liam is too happy to be back in Miley’s clutches. The two were reunited in L.A. On Wednesday after a few weeks apart. All hell broke loose between the couple when word leaked out that Liam had hooked up with notorious Hollywood whore, January Jones after the Oscars in February.  As word spread of the indiscretion January did nothing to put a halt to the rumors. By not denying her dalliance with the much younger Liam it just fueled the speculation even more. He fled the states for Australia and Miley ditched her ring and leaned on her family. Boo Hoo – poor Miley.

It hardly seemed fair that she was driven crazy by the paps as Liam surfed in peace down under. Sources close to Miley said the couple was finished even though Miley herself insisted that the wedding is on.  Miley has decided that instead of going for shock value with her makeovers, it’s time to sex things up to get Liam’s attention and that seems to be working, or is that Twerking? The two are reportedly spending time together this week and trying to work things out.

It sounds like some serious growing pains are at the root of this couple’s problems. Miley is nowhere near to the same person that Liam fell for. The natural girl that liked to hang at the beach and walk her dogs has been replaced by a hardcore rebel that rarely stays home. She may just not be Liam’s type at this point. 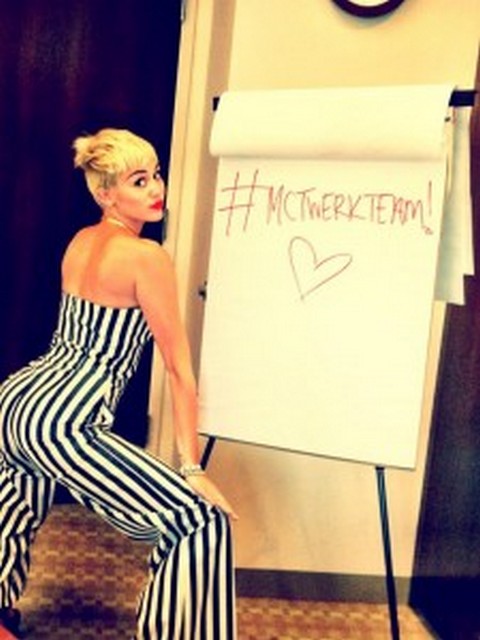 Do you think Miley and Liam will manage to work things out and stay together?  Can this young relationship be saved or while growing up, have they just grown into incompatible people? Tell us your thoughts in the comments below!

Editor’s Note: Granted, Liam isn’t especially talented or clever, but why would he want to saddle himself with a creature like Miley?  She must be the most ridiculous fame whore in Hollywood, if we leave out Lady Gaga of course. Do yourself a favor Liam, break up with Miley before it’s too late.