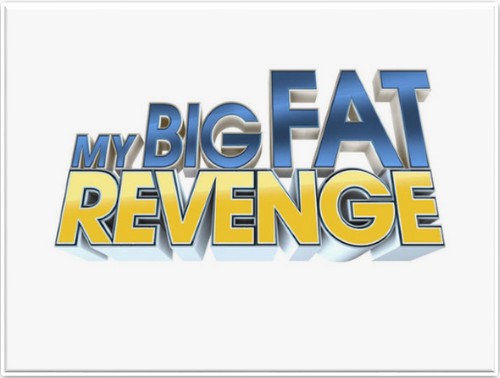 Last night on Oxygen their new docu-series, MY BIG FAT REVENGE continued with its second episode called, “Melissa/Alana.”   On last week’s show Jen’s ex-boyfriend humiliated her for being overweight. Jen regained her power and exposed him for being a fraud. During her childhood, Tamar’s mother tormented her about her weight. Now Tamar had the confidence to confront her.  Did you watch the show?  We did and we recapped it right here for you!

On last night’s show Melissa’s ex-boyfriend told her she was too overweight to date. Newly empowered, Melissa will finally confront him. Alana’s best friend humiliated her by calling her fat. Confident and healthy, she will humiliate him back and get the last laugh.  The full and detailed recap of the show is right below, enjoy!

On last night’s show we met Alana who is a lawyer and at first she seems to be a very confident woman. Growing up she always told she was really pretty but that she was too fat. That was extra hard growing up with a sister who was skinnier and thereby got more “approval” from everyone else. Her mom had tried in beginning to say it was merely baby fat until Alana realized well she’s not a baby anymore. Taking the decision into her own hands she decided to get Gastric-Bypass.

She had lost a lot of the weight and then her life began to unravel. She got a divorce and went through financial difficulties. During this low point she began to eat unhealthily and gained some weight back. Still she had one person to help. She had her friend, Jessie. They were close until he called her a fat bitch in front of her whole family. Alana did end that friendship but that blow sent her sonfidence into a free fall. He was her closet friend and for him to only see her as fat hurt.

Then there is Melissa. She grew up primarily as the “fat” friend. No one invited her anywhere and yet all of her skinny friends always got the invitation. Then one of her friends, Brandon, suddenly became something more, He paid attention to her and he treated her with respect.

Things were going great between them in the beginning. Then slowly his insecurities about dating her bigger girl filtered in. It got to the point that friends had come over and instead of telling them it was Melissa in his bedroom, he ignored her and let his friends believe she wasn’t there. After hat nothing was right in their relationship. He stopped caring entirely without any thought to what that might do to Melissa.
Both women go away for three months. They exercise and learn to eat right until it’s time for the big reveal with family and friends.
Alana return home 40 pounds lighter. Her family all congratulate her and her mom says even though she’s always thought her daughter was beautiful she’s happy for her. She’s able to see a video of what she said in her earlier confessional. Usually these video reinforce the women that their cause is generally right.

Her “revenge/closure” involves tricking Jessie into thinking he’s been hired on a new reality show. The whole thing is fake but Jessie’s public humiliation will be very rewarding. His words and the hurtful thing he says about weight will be turn against him. At that point he will promptly be “fired” from his new job by being such a jerk.

Jessie is so happy. He’s loving the limelight when his and his fellow employees get their audtion tapes aired. The other two say something sweet and meaningful about loving themselves for themselves. Jessie’s tape. He’s disrespectful and looks like he as a true hatred for fat people.

He tells fat people that they’re going to die. Alana has had enough and she comes out to confront Jessie. He apologizes but not sincerely. She curses him out and tells him to get the stepping. He grabs some of the free drinks and he leaves.

Melissa returns home 60 pounds lighter making her and Alana have a combined lost of a hundred pounds. She looks good and is feeling healthy. Her families are so happy for her they get teary eyed. One of the first things Melissa does post transformation is to go and enjoy shopping. She loves fitting into smaller sizes she couldn’t before.

Melissa now has to focus on her revenge. She going to get Brandon to hide. He thinks he’s hit the jackpot when twin sister begin to flirt with him. Then out of nowhere one of the girl’s boyfriends will show up and they’ll hide Brandon. He’s going to know how she felt when he hid her.

The plan starts perfectly. He loves showing off to the pretty girls and when the time comes for him to hide he’s humiliated. He comes out to find Melissa waiting for him. She explains how it all was a set-up and he’s not angry. He doesn’t seem to car even when she tells him why she did all of this. He’s kind of accept me as am I.

Brandon won’t apologize. Apparently he doesn’t have the heart for it. It seems to him because she never said anything then he thought she didn’t have problem with way he treated her. Brandon leaves without ever admitting to wrong doing but that’s ok. Melissa was able to shut the door on him.