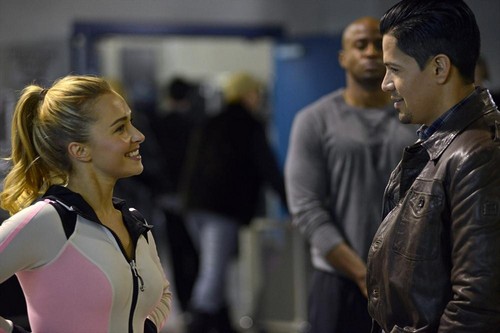 NASHVILLE returns to ABC tonight with a new episode called, “My Heart Would Know.” On tonight’s show a personal crisis brings Rayna off the road and back home, while Juliette continues the tour. Did you watch last week’s episode? We did and we recapped it here for you!

On last week’s show Rayna took her children and sister with her on tour in NYC, but Rayna didn’t like the influence Juliette was having on her daughters. Meanwhile Dante gave Juliette some career guidance that helped her see him in a whole new way; Deacon’s feelings for Stacey forced him to reconsider his life on the road; a hunky new neighbor, Will (Chris Carmack), befriended Gunnar and Scarlett; Gunnar was thrown by Scarlett’s hiding information from him; Lamar threatens Peggy; and Avery jeopardizes his own future.

On tonight’s show a personal crisis in Nashville causes Rayna to leave the tour in New York City before her sold-out concert with Juliette, but for Juliette, the show must go on. Jolene stakes a claim on her sober counselor Dante as Juliette gets closer to him personally and professionally, and Deacon doesn’t like the woman Juliette has become and tells her point-blank. Gunnar declares the next 24 hours a “Scarlett O’Connor party” to celebrate her success, and she brings Will along to join the fun. Meanwhile Avery becomes a roadie for Juliette, and secrets involving the men in Rayna’s life see the light of day. 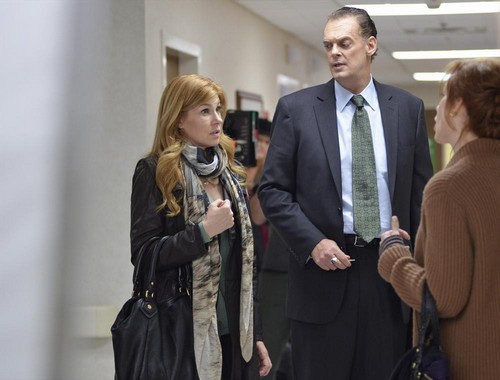 Tonight’s episode begins with Rayna finding herself smack in the middle of a medical crisis. Her father has been hospitalized and so she borrows Juliette’s private jet to quickly fly home with the girls. Rayna isn’t sure if she’ll perform in NYC after all and Juliette fumes at the idea of canceling her part of their joint concert.  As Juliette tries to troubleshoot the situation, Dante is a little too attentive and Peggy decides to tell everyone that she almost drank a bottle of vodka and needs to take Dante and go home. Obviously she realizes that he and Juliette are really close.

Juliette has her band trying to learn ten new songs in twenty minutes and that’s not working out well at all. She and Deacon end up fighting and he tells her that she’s spending too much time with Dante and he doesn’t recognize or like the woman she has become. Meanwhile back at home Gunnar has decided that 24 straight hours are going to be devoted to celebrating Scarlett’s success. She decides that Will should party with them.

Rayna’s father is doing okay after his heart attack until he gets upset at the hospital. He starts flipping out and collapses again.

Avery was lucky enough to get a job on Rayna’s tour as a roadie but it’s over before it really starts as he’s busted on Rayna’s tour bus. He saw Juliette hooking up with Dante and when he tells Deacon, Deacon flips. He tells Avery to get back to work and then goes and threatens Dante for stepping on toes and crossing the line because he has no authority to fire anyone.

Scarlett goes home after several drinks and once she falls asleep Gunnar and Will go for a ride. Will tells Gunnar that the only way to get over death is to tempt it a bit. He then proceeds to successfully cross train tracks while the train is barreling towards them. Gunnar freaks out and jumps out of the car but contemplates it when Will asks him if he wants to do it again.

Juliette decides that the show must go on but then ends up pissed off at Deacon for snubbing her onstage. She confronts him after and he reminds her that he doesn’t like her at all and resents her boy toy trying to fire people. With that Deacon heads home to be at the hospital at Rayna’s side, where he feels he belongs.

While Scarlett attends her first business meeting after being the first artist signed to Rayna’s label, Gunnar is singing and strumming for the first time since his brother died. Tonight’s show closes with Rayna at her father’s bedside and Teddy being handed proof that his girlfriend leaked his private info to the press. Tune in next week for more Nashville.