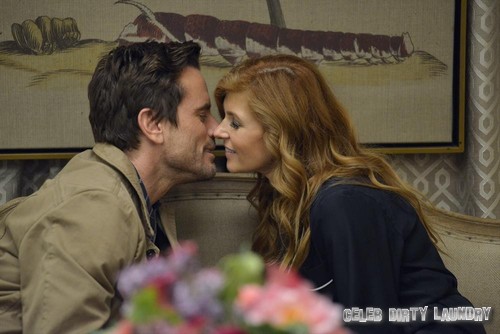 NASHVILLE returns to ABC tonight with a new episode called, “A Picture from Life’s Other Side.” On tonight’s show when Teddy takes aim at Rayna, her dad, Lamar, comes to her aid, and Juliette’s Mom, Jolene, tries to help her daughter. Did you watch last week’s episode? We did and we recapped it here for you!

On last week’s show Rayna and Juliette are both nominated for CMA Awards and Edgehill Records hosted a party in their honor. Meanwhile Teddy worried about his relationship with Maddie, Juliette coped with new challenges, Scarlett was concerned about Gunnar, and tension grew between him and Will.

On tonight’s show Rayna finds an unlikely ally in Lamar when he sides with her against Teddy about the girls. Jolene sees Juliette struggling and tries to find a way to help. Avery and Will, separately, both get a chance to shine with bigger stars — but will it translate to career gold? And Tandy takes her own agenda to the board of Wyatt Industries. 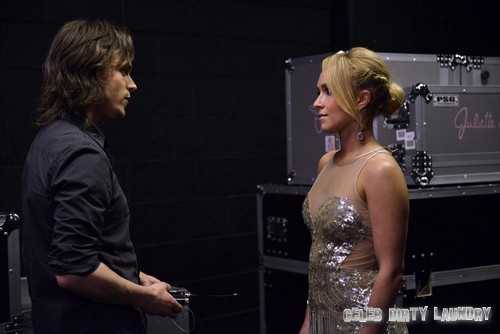 Juliette is in way over her head after catching a glimpse of herself on video with Dante. Her former lover is bribing her for the SD card with the video on it. Either she pays up $2 million or he is going to give it to the media in time for the Country Music Awards. Rayna is trying to figure out how to integrate Deacon into her family with the girls and as they are all bonding Teddy walks in and flips. He reminds her how unfair it is for him to have to keep Peggy away from the kids only to come into the house and find a man there.

Juliette goes in for a meeting with her team and Dante calls. She had scheduled a drop off of $2 million but the price has now gone up. Dante tells her that it’ll now be $10 million to keep the world from seeing her sex tape. Gunnar gives an interview and in it he denies having a girlfriend. Scarlett is furious that he is using stolen lyrics and a fake past to find fame now. Meanwhile Rayna gets served while at work. Teddy has taken action and has a court order keeping their kids 100 feet from Deacon.

Rayna calls and tells Deacon the news and as she’s hanging up she tells Deacon she loves him, which her daughter overhears. The next day Rayna and Juliette are practicing presenting awards for the CMA’s and Juliette gets really pissy over the teleprompter. She thinks they sound stupid and Rayna warns her to play along and to stop acting so spoiled.

Juliette decides that she’s not paying Dante another dime. She wants to do an exclusive interview on The View and that way Dante will make less money off of the video. Rayna bites the bullet and talks to Lamar about Teddy taking legal action and he reassures her that he’ll take care of the problem. Scarlett is getting ready to go onstage and Gunnar gets into a bar fight which lands him in jail.

Jolene has turned on Juliette once again. She calls Dante and offers to bring him the $2 million because she still loves him and Juliette makes her sick. Scarlett still has no idea where Gunnar is as she takes the stage for Rayna’s record label launch. Jolene meets with Dante and I was totally wrong, she IS loyal to Juliette. She demands Dante give her the SD card and when he refuses she shoots him. Meanwhile Juliette takes an interview segment where she comes clean and explains that she fell for the wrong guy and he was trying to blackmail her.

Jolene is doing lines of coke  when she calls Juliette apologizing for what she has done. Juliette runs to the apartment and gets there to find drugs scattered, gun on the floor and Jolene dead on a couch. Scarlett finally realizes where Gunnar is and she bails him out. She then explains that she can’t be with him like this. He is trying to be his brother and that’s not who she loved. Juliette is alone watching a news report on her mother and Dante’s murder/suicide in tears. Tonighte’s episode ends with Rayna assuring Teddy that he’ll always be Maddie’s father as Maddie finds paternity test proof in a safe that says otherwise!