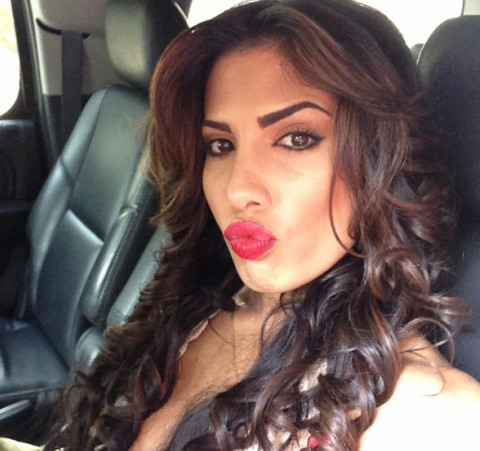 Natalie Guercio, who appears in the VH1’s Mob Wives, was involved in a crazy catfight at Greenhouse, a popular nightclub in Manhattan. The club was featuring the show’s premiere party when things got out of control between Natalie and another clubgoer. When the catfight escalated to a crazy level, the other lady’s cousin, identified as Alexis Crinion, stepped in to try and break up the two ladies. However, Natalie wasn’t going to have any of that, so she attacked Alexis with a bottle.

The attack resulted in a pretty nasty cut and sent Alexis to the hospital, where she had to get seven stitches on her head. Ouch. We’re not quite sure what sparked the chaos but, so far, Alexis has refused to press charges. Guercio has a 9-year-old son and is, clearly, setting an ideal example for him. She and her family run a funeral home in Philadelphia.

This event continues the line of Mob Wives violence and comes two weeks after Ramona Rizzo was accused of some pretty shady stuff. A Brooklyn man accused her of having him abducted, held at gunpoint, and then harassed until he agreed to repay a long withstanding debt. Wow, sounds mob-tastic.

The club located adjacent to the site of this incident is W.i.P. — the site where Drake and Chris Brown got into their epic brawl over Rihanna in 2012.