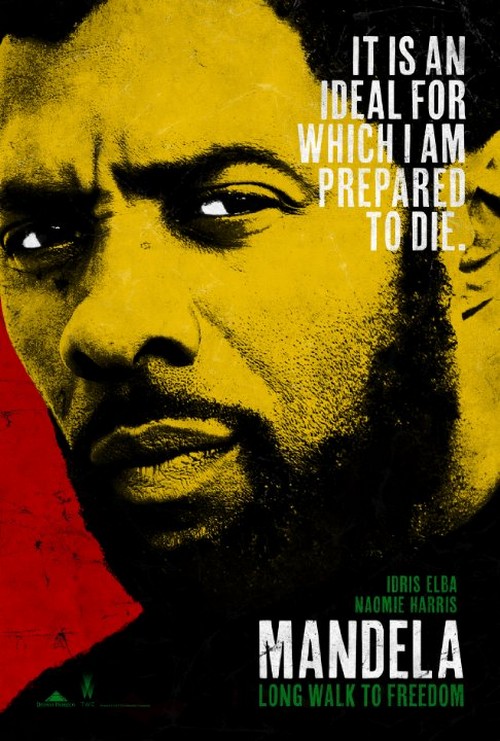 Mandela: Long Walk To Freedom just premiered a couple of hours ago, unfortunately at the same time as Nelson Mandela‘s death. These types of coincidences cannot be predicted, but sources who were at the premiere said that the cast and crew introduced the movie in tears, as they just got the devastating news literally minutes before the movie was about to be screened. Those attending the screening explained that they wanted to stop the screening, but Mandela’s family in South Africa wanted it to continue – to honor his legacy and remember him in all his strength and sacrifice.

In the end, there’s no way this movie won’t be affected by Mandela’s death. Nelson Mandela wasn’t just an icon in South Africa, he was an icon for the world. And the movie already opened in South Africa to record-breaking figures, and it wouldn’t be surprising if Mandela’s death drove more people to the cinemas.

As horrible as it sounds, the financiers for the movie are be treating this news better than anyone else – now, they’re definitely going to recoup the costs. The movie’s also a shoo-in for Oscar consideration now – there’s no way Academy members aren’t going to want to honor Mandela, in some way or another.

Will you guys be watching Mandela: Long Walk To Freedom when it releases? It premiered to strong reactions, although I’m sure some of those reactions were affected by the momentous news that came before the screening started. Idris Elba plays Mandela through various stages of his life, and Naomie Harris plays Mandela’s wife, Winnie Mandela.