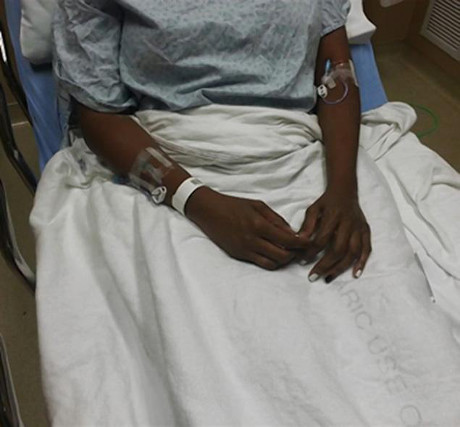 As if this season of The Real Housewives of Atlanta needed any more drama, Nene Leakes recently had a health scare. The Glee actress and sole original RHOA castmember posted a picture of herself in the hospital with several IVs in her arms. She tagged the photo with the hashtag: Blessed to be alive. Doctors found blood clots in her lungs after performing a few routine tests.

Nene wrote in her blog that she wasn’t feeling well and was experiencing shortness of breath. It had been reported that NeNe had suffered a heart attack. She was quick to dispel this rumor in a blog post. Doctors explained the clots could be the result of constantly traveling around the country and working.

“I’m thankful to be alive as the doctor advised me that most people don’t recognize the symptoms of blood clots and don’t go to the doctor and that’s when the big problems start happening,” NeNe wrote.

She also thanked her fans for their concern and prayers. Get well soon NeNe. We need to be entertained by your sass and all the shade you throw.