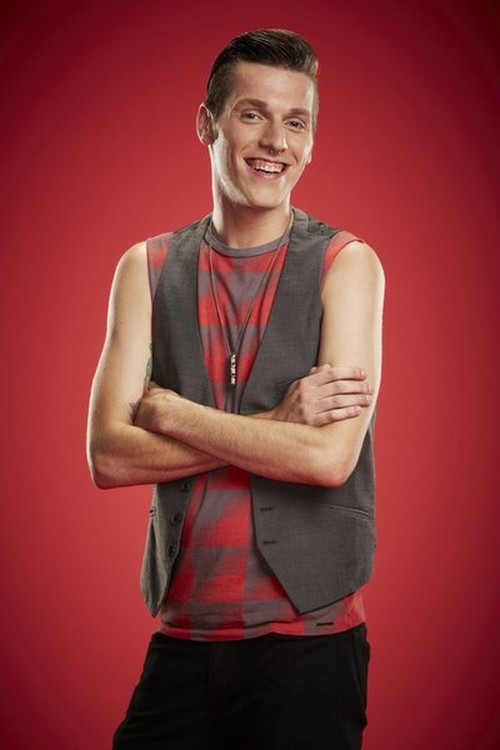 Nic Hawk took the stage tonight on THE VOICE for his Top 20 video performance.  James sang “Blurred Lines” by Robin Thicke.  Tonight’s show the top 20 performed live in front of coaches Christina Aguilera, Adam Levine, CeeLo Green and Blake Shelton for America’s vote and a chance to move on to the top 12.

Nick Hawk is from team Blake; Nick stopped doing musical theatre and travelling to help his family do better financially. Nick is so amazed that Blake stole him from Adam, he mentions now having fans and it’s just unbelievable that he’s getting so much support.  To vote for James Wolpert: 1-877-553-3703.

Judges Comments:  Christina says it was a ton of fun and was amazed at how he kept up with everything he was doing; she felt that he hardly had time to breath but did well. Christina says it was a great job and loved the entertainment. CeeLo says that Nick is one of his favorites, he has so much natural rhythm and really believed it was amazing for him to do all that. Adam says that he feels like an idiot for letting Nick go, it’s crazy because he is so entertained by watching him before; he did everything from the record and that he is proud of him. Blake says that he was awesome, but mentions how Nick felt he could have sang it better. Blake says the song was really good and believes he’s the complete entertainer.

On tonight’s show Christina Aguilera and Flo Rida will duet on “How I Feel,” which is the first official single from his upcoming fifth studio album entitled “The Perfect 10.” The following night, Christina and A Great Big World will team on “Say Something.”