Nick Carter’s Family Blames Him For His Sister Leslie Carter’s Overdose and Death! 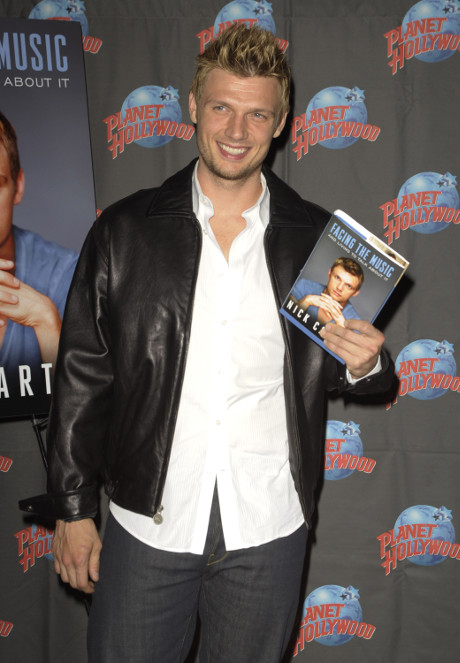 Growing up in the Hollywood might seem glamorous to the average person, but Nick Carter is sharing the dark side of fame and the pressures that follow in his new book, Facing the Music and Living to Talk About It. Nick paid a visit to the Dr. Phil show and opened up about providing for his family and how some blamed him for the death of his sister.

Leslie Carter died in January 2012 at the age of 25. The unexpected death was caused by an apparent overdose of prescription drugs. Like her brothers, Nick and Aaron, Leslie worked in the entertainment industry. Her 2001 single, “Like Wow,” reached number 99 on the Billboard Hot 100, was featured on the Shrek soundtrack, and she appeared on the Carter family reality show, “House of Carters.” Nick did not attend the memorial service held in her honor due to a family feud.

“The reason I did not go was because I actually got the phone call from my father that she had passed and immediately the conversation turned into not about her death and not about the actual passing and what had occurred and more about themselves. And then I started to get blamed by the rest of the family.”

Nick admitted that this type of blame was unfair. He was a teenager when the Backstreet Boys rose to fame and eventually became the breadwinner for the family. As the oldest sibling, he found it necessary to take on this responsibility even though he was too young.

“I love my family like everyone loves their family, but there comes a point where you really have to ask yourself, ‘Are you helping them or hurting them?'”

During the interview, he talked about his own struggles with drugs and alcohol. It first started with pot, then it escalated to Vicodin and Ecstasy. He also blames his alcohol abuse on his parents by claiming that he accidentally had his first drink at the age of two. His parents found this funny and joked about it frequently. Will you all read Nick Carter’s new book?