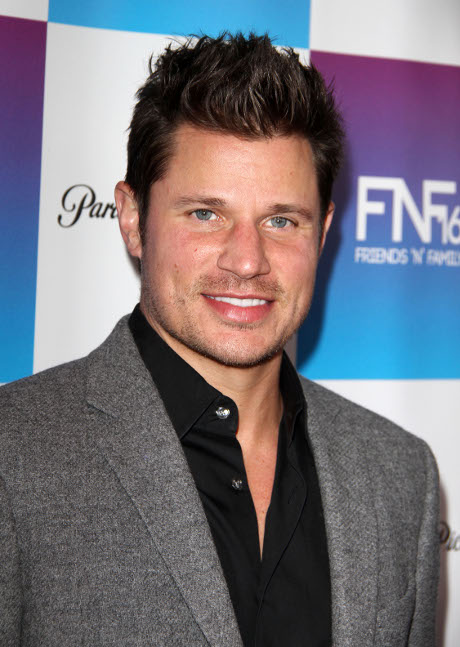 Nick Lachey is taking strikes on Kim Kardashian, with whom he dated so-so-so briefly and casually back in 2006 (so casually, don’t think they made it to Date #2). He isn’t being coy about how he really feels about Kim Kardashian, going so far as to insinuate what we all know to be true: that Kim is only out for fame.

In a recent interview with Details magazine, Nick Lachey unleashes it all on Kim Kardashian, who, according to Lachey, used him as a stepping stone toward fame! Sounds like he felt like a pawn, something no guy desires. Needless to say, nothing became of that low-key date.

When asked whether or not he had any role in making the reality star famous, he replied, “Let’s just say this: We went to a movie. No one followed us there. Somehow, mysteriously, when we left, there were 30 photographers waiting outside.”

You know Kim was probably in the movie theater, texted her mother (OMG at movie with Nick Lachey send paparazzi), and that was the end of that. Nick Lachey went on to say that many, many people know how to play the fame game, and it’s only a matter of how far they’ll go in their efforts to get a taste of the limelight. “There are certain ways to play this game, and some people play it well,” he said.

The interviewer also mentioned that the glorious Kim K also had some help from her infamous sex tape, to which the 98 Degrees singer adds, “Yeah, well, that was already in the can.”

Sounds like Nick Lachey is a bit bitter about this whole situation with Kim Kardashian. Do you think he saw a potential for something and then was crushed when he realized that she was only using him?