Nicki Minaj’s Bare Boobs Photo Selfie: Shocking or just another Day in the Life of the Minajesty? (PHOTO) 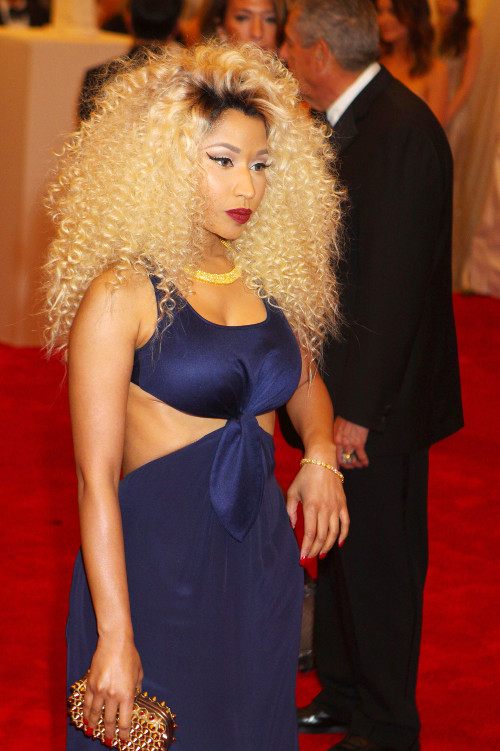 Nicki Minaj must be feeling like she’s not getting enough media attention as of late because just recently she decided to summon the Minajesty and post a selfie of herself holding her bare boobs on Twitter. The photo (BELOW) depicts Minaj, dressed in a wedding dress (well partially clothed in a wedding dress), while holding her very large boobs in both hands. The picture really isn’t that vulgar — unless of course you consider that ridiculous hair piece she’s wearing. That’s a travesty in an of itself.

Nicki has never been shy — or a celebrity who prides herself in being reserved when it comes to her body or what she’s willing to do for a little attention. But does this just seem a bit desperate to you? Is she trying to copy other nude-selfie-posting celebs like Rihanna and Miley?

The rapper/singer doesn’t lie when it comes to her boobies: she’s had a breast augmentation. However, she is adamant that she’s never had any work done on her face and attributes that plastic, heavily modified look to the magic of make up.

In a past interview with Extra she said:  “I’ve never had surgery on my face. They’ll see contour and they’ll think you had surgery on your nose, no no no, look at RuPaul’s drag race and you’ll see how you can make your nose look any shape you want.”

Take a look at the Nicki Minaj naked photo below and let us know what you think about Nicki revealing her two beach balls.