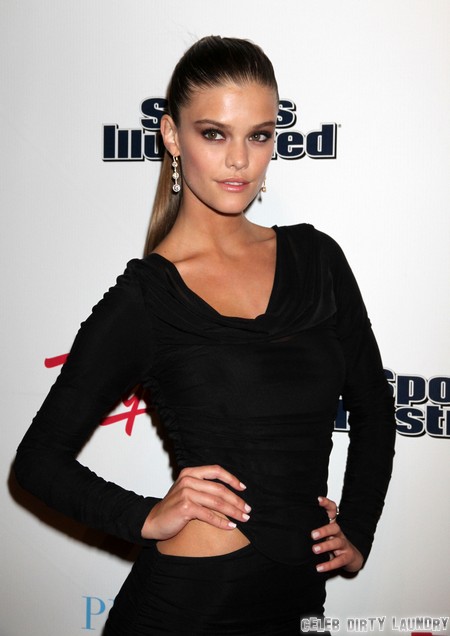 Justin Bieber has a new girlfriend and it’s model Nina Agdal.  Justin loves getting attention from ladies, all different types of ladies actually. But it seems to be as of late that 18-year old Bieber has been back with the models. Now we have Bieber’s twitter reports to back it up.

The model tweeting Bieber is 20-year old Nina Agdal. On Feb. 7, Nina Agdal, tweeted, “Whenever I’m in a stressed situation, I put on my yellow raincoat [Justin] and immediately the world looks so much brighter. Thank you biebs.” A very flattered Justin Bieber responded with a standard, “your welcome.” But you can guess that it got Bieber a little more riled up, although the Biebs would never show it. After all, this is a cocky as hell, teenage boy.

Since his break-up with Selena Gomez this kid is probably getting more action than I have ever seen or want to see in my entire life. But that sure isn’t going to stop him, or the thought of trying to get with Gomez again. Yes, love is blind. Especially young love, but Gomez should be apprehensive about jumping on that meat and riding slow if we are to believe that Bieber hooked up with all these different, random, strange woman while still making time to see Selena!

Our good pals at Hollywood Life provide some details about Nina:

1. Nina is a Danish fashion model, born and raised in Hillerød, Denmark.

2. In 2012, she was named “Rookie of the Year” upon her first appearance in the Sport’s Illustrated Swimsuit Issue.

3. Outside of modeling, she’s not into makeup. In an interview with the Miami Herald, she confessed, ”When I’m not working I try to go natural and not wear a lot of makeup. I think your skin needs to breathe.”

4. She’s rumored to be the cover of the 2013 Sport’s Illustrated Swimsuit Issue due out on February 12. Nina will appear on The Late Show With David Letterman on Feb. 11 to reveal the cover.

5. Nina is the star of the super sexy Hardee’s/Carl’s Jr. ad (following in the footsteps Kim Kardashian and Kate Upton) shown during the Super Bowl. The Danish beauty posed topless on the beach while chowing down on a Charbroiled Atlantic Cod Fish Sandwich. Watch the commercial below!