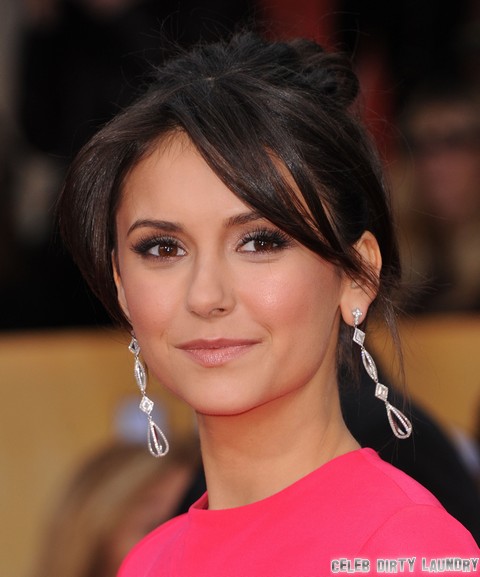 I think we all can pretty much tell that Ian Somerhalder and Nina Dobrev have hit at least a temporary snag in their relationship. The couple appeared to be connected at the hip since going public with their relationship last fall – at least until Oscar night. Elton John’s Oscar party was the last time that they were publicly spotted together. In the past month they’ve clearly taken some serious time apart. Ian has traveled an awful lot while Nina stayed at home hanging out with family and her gal pals. Last weekend Ian spent 5 hours at an event honoring a family business and it was an occasion that Nina surely would have attended – if they were dating.

It certainly looks like Ian was behind their break. Think about it, he ran and continued traveling and exploring and doing all of the things he had done before, just without his co-pilot. Nina on the other hand has appeared to really struggle. Her tweets are not cheery and nearly as positive as his. Earlier this week she posted a Martin Luther King Jr. tweet that pretty much summed up her upset:

Nina’s career is thriving, the challenge and controversy is in her love life. She has carried herself like a fairly heartbroken young woman. One that has openly turned to family and newly single friends like Julianne Hough to lean on. That upset has been eating away at her rather than dissipate, which is why she finally reached out to Ian via Twitter last night. It was a cutesy thing joking and asking Ian to be her stylist, but still, Nina needed to reach out to him. She still is needing the connection a bit more than Ian though.

Do you think these are baby steps towards a reconciliation? Do you think that Ian misses Nina as much as she does him?  Tell us your thoughts in the comments below!